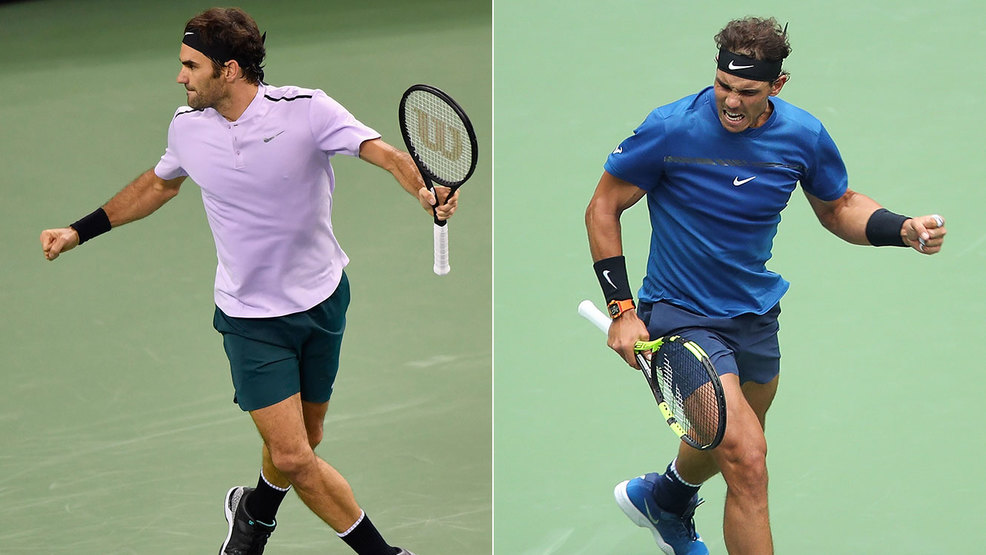 Nadal vs Federer in Shanghai: 10 Things to Know

After battling through an absolutely packed draw this week, Rafael Nadal and Roger Federer are the last two men standing at the Shanghai Rolex Masters, and they’ll battle it out for the title on Sunday.

Here are 10 Things To Know about the blockbuster clash between the Top 2 players in the world:

Also, Nadal’s trying to win his 31st Masters 1000 title, which would pass Djokovic for most all-time.

4. Nadal’s going for his first Shanghai title, Federer just his second. This tournament has been dominated by Djokovic and Murray, who’ve won six of the last seven titles here. Nadal’s best result before this year was a runner-up finish to Davydenko in 2009, and Federer won the title here in 2014.

Federer edged Simon in two tie-breaks to win his title here three years ago - here are the highlights:

If Nadal wins, it’ll also be his tour-leading seventh ATP World Tour title of the year - he already leads the tour with six. Federer and Zverev are right behind with five (so Federer will tie Nadal with a win).

7. Federer has nine career wins over World No.1s. BUT He’s only beaten Nadal twice when the Spaniard was No.1, in the final of Madrid in 2009 and the final of the ATP World Tour Finals in 2010.

Five of his other seven wins over No.1s have been over Djokovic (plus one Hewitt and one Roddick).

8. Speaking of No.1, Nadal can all but clinch year-end No.1 with this title. If Nadal wins, he’ll extend his lead in the year-to-date race to 2760 points, making it almost impossible for Federer to catch up. But if Federer wins, he’ll close the gap to 1960 points, which will be tough but attainable.

10. You can watch this Nadal-Federer blockbuster on Tennis Channel (check the listings here!)