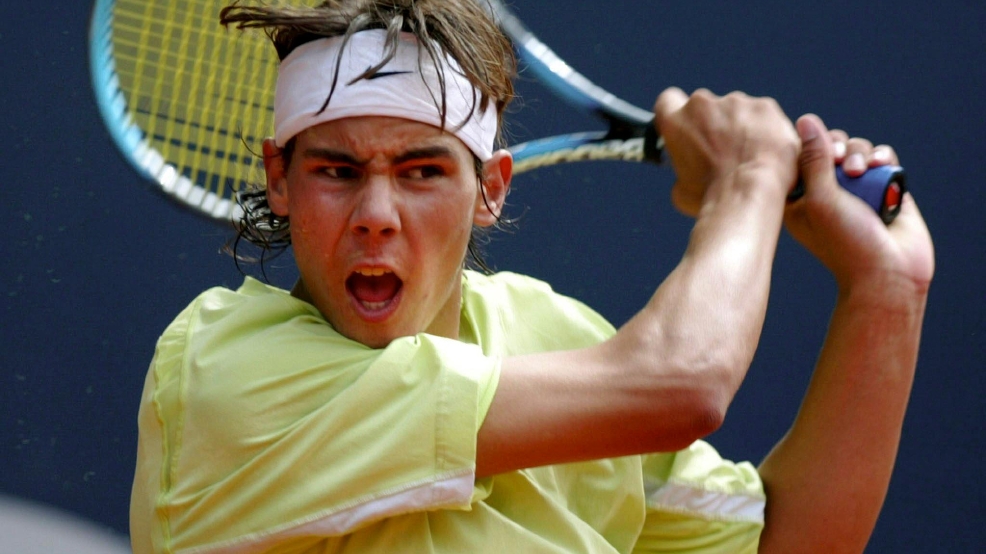 Nadal, who was just 15 years old at the time, had only played three matches going into his first ATP event, one at the Futures level and two at the Challenger level, and he was ranked a lowly No.762.

But that first ATP event being held on home soil in Mallorca may have given him the boost he needed, as he beat No.81-ranked Ramon Delgado in straight sets in his first ever ATP-level match, 6-4 6-4.

“I really wanted to go out there and play well,” he said afterwards. “I knew it was going to be difficult, but I held my game. I thought I played well, keeping the ball deep and maintaining the power.”

With that win, Nadal became the ninth player at the time to win an ATP match before turning 16.

And in the 15 years since then the Spaniard has put together one of the greatest careers in tennis history, winning 14 Grand Slam titles (one Australian Open, nine French Opens, two Wimbledons and two US Opens) and spending 141 career weeks at No.1. He’s also won an incredible 29 Masters 1000 titles, the most recent of which came just last week at the Monte-Carlo Rolex Masters, which he won for the 10th time - the first player in the Open Era to win the same ATP tournament 10 times.

But for now, let’s celebrate 15 years of one of the all-time greats gracing the ATP World Tour.

Here are some throwbacks to April 29, 2002, the day Nadal played his first ATP match:

- Roger Federer was ranked No.11 at the time

- Lleyton Hewitt and Venus Williams were the World No.1s

- The Scorpion King was the No.1 movie at the US box office (and Spider-Man starring Tobey Maguire and Kirsten Dunst was released that day and became No.1 the next week)