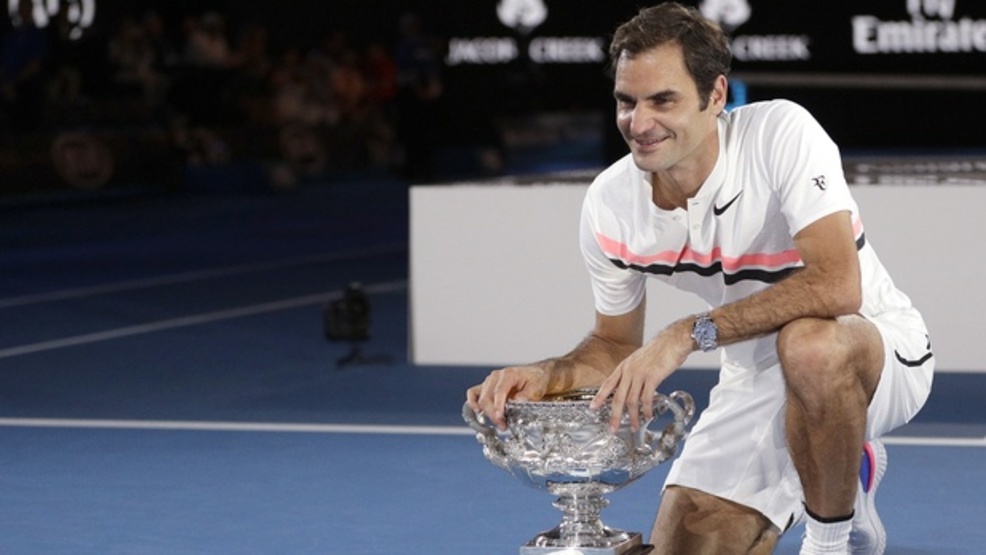 History was made this past Sunday, as Roger Federer won a milestone 20th Grand Slam title at the Australian Open. Here are 20 different things the Swiss legend achieved in Melbourne this year:

1) He’s the first man in tennis history to win 20 career Grand Slam titles. Only three players have done it in the history of the sport and they’re all women—Margaret Court (24), Serena Williams (23) and Steffi Graf (22).

That stat is even more impressive given he wasn’t even born until 13 years into the Open Era.

6) He’s really, really close to No. 1. Federer is now just 155 ranking points behind Rafael Nadal—Nadal has 9,760 ranking points, Federer 9,605. Federer will have a lot to defend in March, having won both Indian Wells and Miami last year, but he’s only defending 45 points until then (Nadal’s defending 300).

9) He improved to 9-1 against Cilic. Federer’s only loss against the huge-hitting Croat came in the semifinals of the US Open in 2014, 6-3 6-4 6-4. Cilic went on to beat Nishikori for the title there.

10) He’s now won 15 of his last 17 matches against Top 10 players. His win over Cilic, who was No. 6 at the time but now No. 3, improved his record against Top 10 players since the start of the 2017 season to 15-2 (his only losses came against Alexander Zverev in Montreal and David Goffin at the ATP Finals).

14) He was playing his 72nd career major. Federer has the men’s record for most majors played in the Open Era and there’s only one woman who’s played more than him in the Open Era—Venus Williams (77).

16) He also led Switzerland to the Hopman Cup title. Before the Australian Open, Federer went unbeaten at the Hopman Cup, not just going 4-0 in singles, but 4-0 in mixed doubles too (alongside Bencic) as Switzerland lifted the title for the first time since 2001 (Federer was also on that team).

19) He kept the Big Four’s success at the majors strong. Not only have Federer and Nadal combined to win the last five majors, but they’ve also won 47 of the last 52 now (since the 2005 French Open they’ve won all but five—Stan Wawrinka has three and del Potro and Cilic have one each).