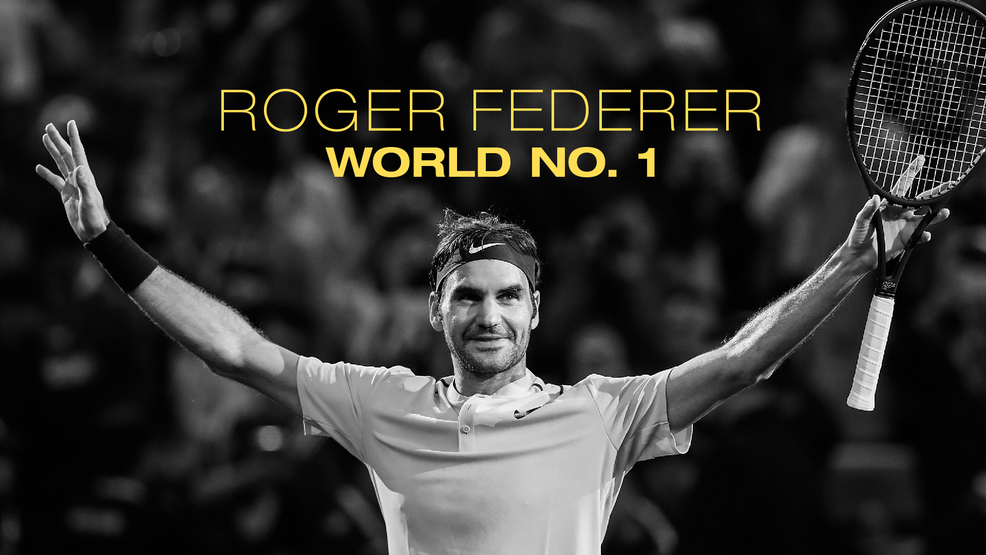 Roger Federer Will Make an Historic Return to No.1 on Monday

It hasn’t even been three weeks since he became the first man in tennis history to win 20 Majors, but he’s already setting records again: Roger Federer reached the semifinals of the ABN AMRO World Tennis Tournament on Friday, which means he’ll make an historic return to No.1 on Monday.

Federer struggled early in his quarterfinal match against Robin Haase. Having not faced a single break point in his first two matches of the tournament, he finally faced one in this match - and lost it - en route to losing the first set, 6-4. But he regrouped in a big way from there, dominating the second and third sets to close out the No.42-ranked Dutchman after an hour and 19 minutes, 4-6 6-1 6-1.

And his return to No.1 will be historic in several ways.

At age 36, Federer will be the oldest player, male or female, ever to be ranked No.1, surpassing the current men’s record (Andre Agassi - 33) and the current women’s record (Serena Williams - 35).

Being No.1 more than 14 years after first getting it is incredible in itself, but it’s even more incredible given only seven other players who were in the Top 100 then are still in the Top 100 now (Nadal, Tomas Berdych, Richard Gasquet, Feliciano Lopez, David Ferrer, Ivo Karlovic and Mikhail Youzhny).

And to further illustrate just how long it’s been since ageless wonder Roger Federer first rose to No.1 in the world, here are a few reminders of what the world was like on February 2, 2004:
~ Federer had just won his second Major the day before at the 2004 Australian Open.
~ The Swiss was more than a month away from his first career meeting with a 17-year-old Nadal.
~ Alexander Zverev was six years old; Denis Shapovalov was four.
~ The No.1 movie was The Grudge (which has already had two sequels and is about to be rebooted).
~ And this song - which seems like it came out a lifetime ago - was No.1:

This Week on Tennis Channel Plus 2/12

-Can’t make it to Buenos Aires? Watch every match from the Argentina Open on-demand with Tennis Channel Plus.