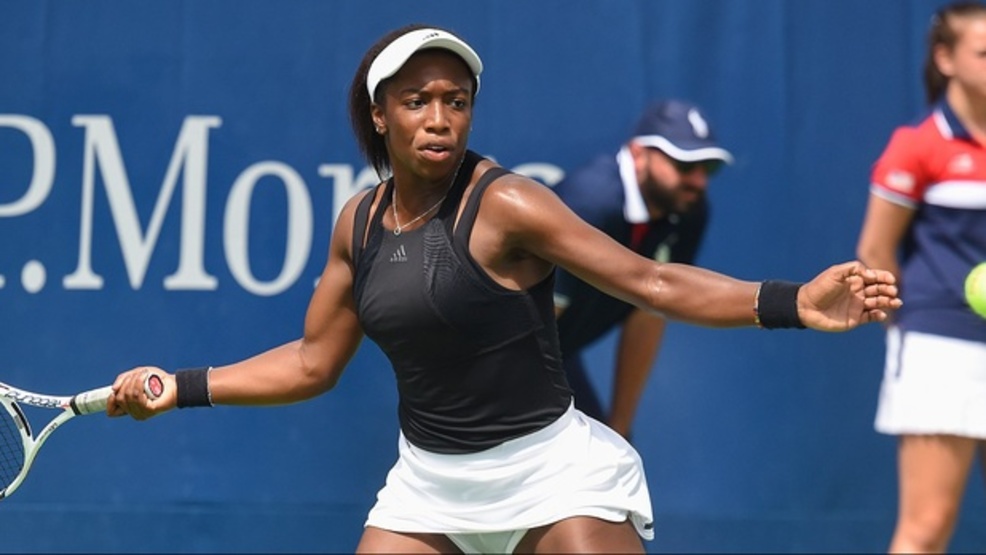 Sachia Vickery Just Had the Best Week of Her Career

Another young American is on the verge of breaking the WTA’s Top 100 for the first time after Sachia Vickery had the best week of her career in Auckland, New Zealand this past week, not just reaching the first WTA semifinal of her career, but setting a brand new career-high of No.105 in the world.

Before this year, Vickery’s best showings at the WTA level were four quarterfinals, one per year the last four years - Stanford in 2014, Nottingham in 2015, Bogota in 2016 and Quebec City in 2017.

But in the very first week of the 2018 season the 22-year-old Hollywood, Florida native surpassed all of those at the International-level ASB Classic, not dropping a set through three rounds of qualifying and another three rounds in the main draw - including upsets over No.5 seed Lauren Davis and No.4 seed Agnieszka Radwanska. She’d fall to No.1 seed Caroline Wozniacki in the semifinals, 6-4 6-4.

Vickery’s win over the No.28-ranked Radwanska was the best victory of her career - her previous-best win in terms of ranking came against a No.30-ranked Zhang Shuai at Stanford back in 2014.

“I think I played really well,” Vickery told wtatennis.com after her a 6-2 6-2 win over the former No.2.

“It was tough mentally with all the rain delays, then obviously to have to play a really good opponent, but I’m happy to get through. During the rain delays I tried to stay warm, stay focused and go through my game plans with my coach, and just stay relaxed, trying not to put too much stress on myself.”

The run pushed Vickery from No.122 to No.105 on the new rankings, leap-frogging over her previous career-high of No.108 in the world, which she had originally set the week of July 20, 2015.

Vickery, whose father was a professional soccer player and whose mother ran track in high school, is on the verge of becoming the 15th American woman in the Top 100 - the 14 that are currently in the elite are led by Top 10 players Venus Williams (ranked No.5) and CoCo Vandeweghe (ranked No.10).

And this week Vickery is one to watch in the Australian Open qualifying. She reached the main draw there once before in 2014, falling first round to Davis after having won a wildcard play-off event.