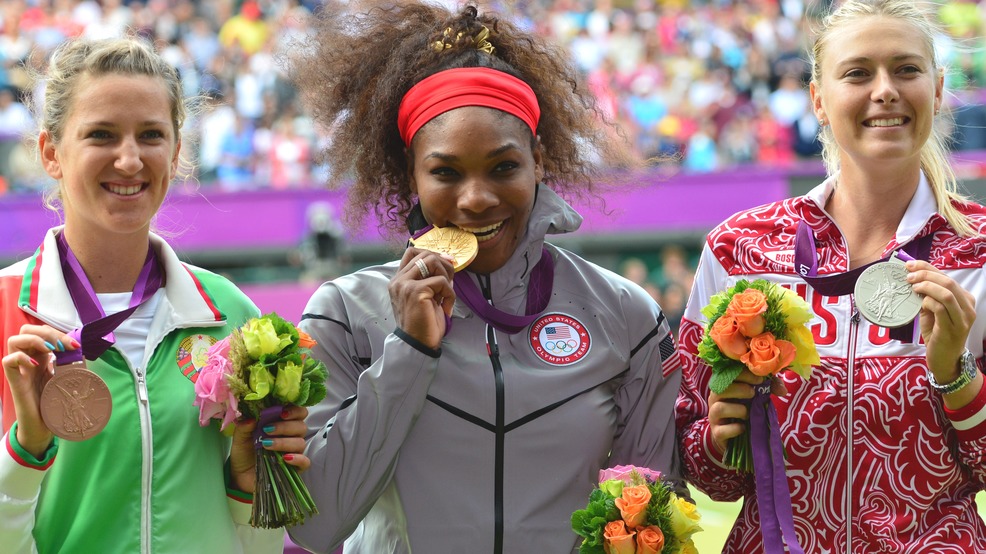 LONDON, UK - Serena Williams is off the tour for now, but that doesn’t mean we have to stop celebrating her - and Friday is a big anniversary for the G.O.A.T. as it marks five years since she became the second woman - and fourth player, male or female - to complete a Career Golden Slam.

Just a few weeks after winning Wimbledon - an emotional first Grand Slam title since her career-threatening, year-long injury and illness lay-off - Serena returned to the All-England Club for the Olympic Tennis Event, and she absolutely blazed through the draw. She didn’t even lose more than three games in any set en route to the semifinals, and then routed two of the Top 3 players in the world back-to-back in the last two rounds, starting with then-No.1 Victoria Azarenka, 6-1 6-2:

“I didn’t expect this. I can’t even” Serena jubilated in her on-court interview after the final.

“Oh my gosh, I have a gold medal in singles!”

Just for some historical context, here’s what the No.1 song was that day

Even more incredible? Serena’s the only player in tennis history, male or female, to have a Career Grand Slam in both singles AND doubles - she’s won all four Grand Slams and Olympic gold in women’s doubles with her sister, Venus, as well - in fact they’ve won all five titles at least twice each.