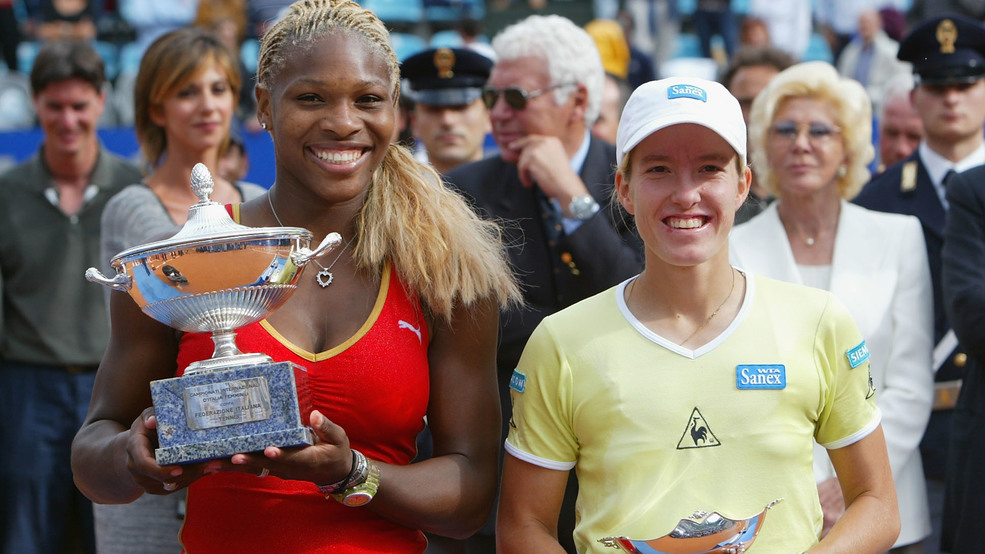 ROME, ITALY - MAY 19: Serena Williams of USA with the Italian Open Trophy after her 7-6, 6-4 victory in the final over Justine Henin of Belgium with Runner-up Trophy during the WTA Tennis Masters held at the Foro Italico in Rome, Italy on May 19, 2002. (Photo Alex Livesey/Getty Images)

ROME, Italy - Just because Serena Williams is off the tour at the moment, it doesn’t mean we can’t keep celebrating her - and today is a big day for the queen of tennis, as it’s the 15th anniversary of her winning the first clay court title of her career at the Internazionali BNL d’Italia in Rome in 2002.

Though she was obviously already one of the best players in the world, going into Rome that year Serena’s 13 career titles had all come on hardcourts - including her first major at the 1999 US Open.

But she changed everything in the Italian capital that week, capping the week with back-to-back-to-back wins over Anastasia Myskina, Jennifer Capriati and Justine Henin - all three of whom had or would win the French Open at some point in their careers - in the quarterfinals, semifinals and final.

“For me this is pretty high up there because a lot of people insist that I’m not a clay court player, although I am,” Serena said after the match. “I kind of grew up on clay a little bit. So it makes me feel really good, especially going into Roland Garros. I’m definitely looking forward to doing well there.”

Serena would, of course, go on to win Roland Garros a few weeks later - the first of four straight majors she’d dub ‘The Serena Slam’. And she’d win two more French Opens in 2013 and 2015.

- Lleyton Hewitt and Venus Williams were the World No.1s

- Star Wars: Episode II, Attack Of The Clones was the No.1 movie at the US box office

- And this song had just been released five days before: