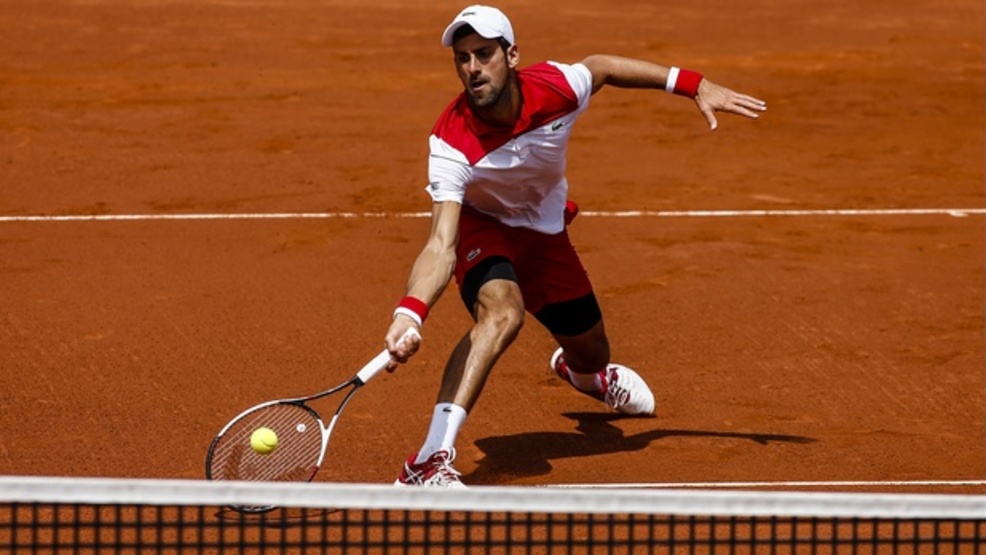 Two-Time Champ Djokovic Sharp in 7-5, 6-4 Win over Nishikori in Madrid

In a battle between former top players working their way back from injury, Novak Djokovic edged Kei Nishikori in a tight two-setter in the first round of the Mutua Madrid Open on Monday.

In some ways it was one of the toughest first round match-ups Djokovic could have had. Not only is Nishikori a former No. 4, but just a few weeks ago he had one of the best weeks of his career, beating back-to-back Top 5 players—Marin Cilic and Alexander Zverev—to reach the final of another Masters 1000 stop in Monte Carlo. He’d also made the quarterfinals or better here the last five years in a row.

But Djokovic had won their last 10 meetings in a row, and after a bit of a slow start to this match, that head-to-head history may have helped the Serb get his 11th straight win over the Japanese star.

After Nishikori drew first blood with a love break in the fifth game of the match, Djokovic broke right back to get back on serve to 3-all. The No. 10-seeded Serb then struck again at the perfect moments, breaking Nishikori at 6-5 in the first set and 5-4 in the second set, to close it out in straights, 7-5, 6-4.

“It was strange, I must admit, playing Kei in the first round,” Djokovic told ATPWorldTour.com after the match. “Our rankings dropped due to injuries and everything else that was happening the last year.

“Of course, I’ve played Kei on big occasions, in many of the big tournaments, finals and semifinals,” he added. “It was different to play him in the first round, though. It was a big test for both of us.”

The 12-time Grand Slam champion and former world No. 1 is hoping to turn his season around here in Madrid. He rejoined the tour in Australia after a six-month elbow injury lay-off and he’s fallen before the quarterfinals of his first five tournaments back—but if history is anything to go by he could very well break the pattern at the Mutua Madrid Open, where he’s a two-time champion (2011 and 2016).

Next up for the Serb will be either Kyle Edmund or Daniil Medvedev, who play their first-round match on Tuesday. He’s never lost to either player (he’s 3-0 against Edmund and 2-0 against Medvedev).