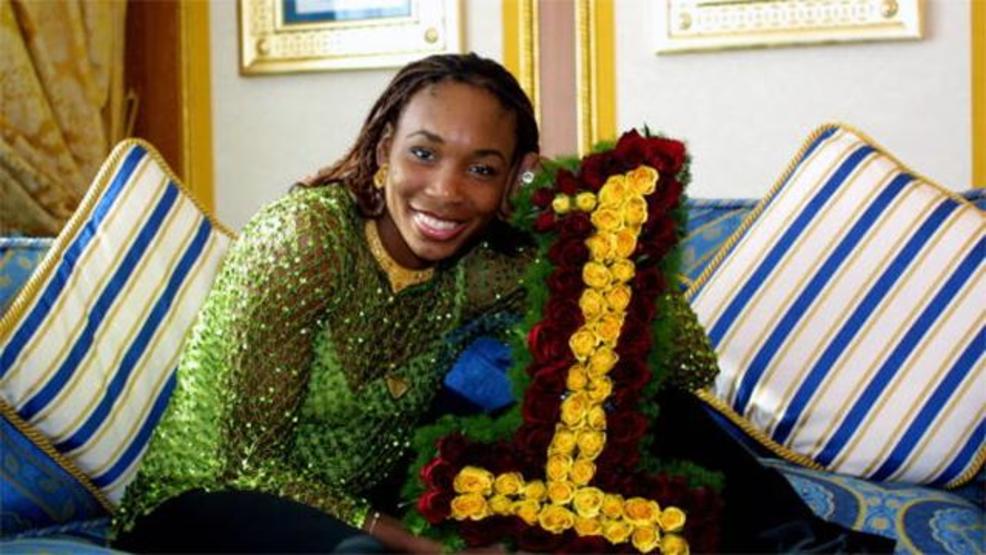 Venus Williams Became No.1 15 Years Ago

It may be hard to believe given she’s still going very strong - she’s fresh off the 15th Grand Slam final of her career in Australia - but it’s been 15 years since Venus Williams rose to No.1 for the first time.

After a 12-month stretch that saw her win nine tournaments, including her third and fourth majors at Wimbledon and the US Open, and 56 of 61 matches, Venus became No.1 on February 25, 2002.

She displaced Jennifer Capriati, who was the reigning French Open and Australian Open champion.

“You don’t aspire to be No.3 or No.2. Normally you do your best to become the best,” Venus said. “At this point I’m the best player in the world, so that’s exciting, and it’s going to be mine at least a week.”

Venus was the first African-American tennis player, male or female, to rise to No.1 since the modern era of computer rankings began (which was in 1973 for the ATP World Tour and 1975 for the WTA).

When told of the historic first, she paid hommage to one of the all-time greats from before computer rankings. “It would be foolish to forget Althea Gibson, also. She was the first,” Venus replied.

“And more than anything, I just feel proud to represent America in my sport.”

Venus, then 21 years old, was also asked what aspect of her career she was the most proud of. “I think the best part is that I’ve enjoyed myself along the way and that I have not limited myself just to playing tennis, or made myself believe that that’s the only thing in life,” she commented. “I’ve always been doing things at the same time and having a career, and for me that’s the best part.”

She would hold No.1 for 11 non-consecutive weeks, going back and forth with Capriati until Serena took over on July 8, 2002 after winning back-to-back majors at the French Open and Wimbledon.

And today, all of 15 years later, Venus is still ranked No.12 - but with just 135 points to defend over the next three months, could she be back in the Top 10, or even Top 5, by French Open time?

- The full Top 10 was No.1 Venus Williams, No.2 Jennifer Capriati, No.3 Lindsay Davenport, No.4 Kim Clijsters, No.5 Martina Hingis, No.6 Justine Henin, No.7 Monica Seles, No.8 Jelena Dokic, No.9 Serena Williams and No.10 Amelie Mauresmo - nine of them were, had been or would become No.1.

- Pete Sampras was six months away from his 14th and final Grand Slam title at the US Open.

- Roger Federer was in the Top 20 (but hadn’t been past the quarterfinals of a Grand Slam yet).

- The Winter Olympics had just wrapped up in Salt Lake City, Utah.

- The No.1 song on the Billboard Hot 100 was Always On Time by Ja Rule featuring Ashanti.

- Kelly Clarkson was working small jobs in Burleson, Texas (she would audition for the first season of American Idol three months later, and the rest is history)

- Ice Age, My Big Fat Greek Wedding and Spiderman were among the movies that weren’t out yet.