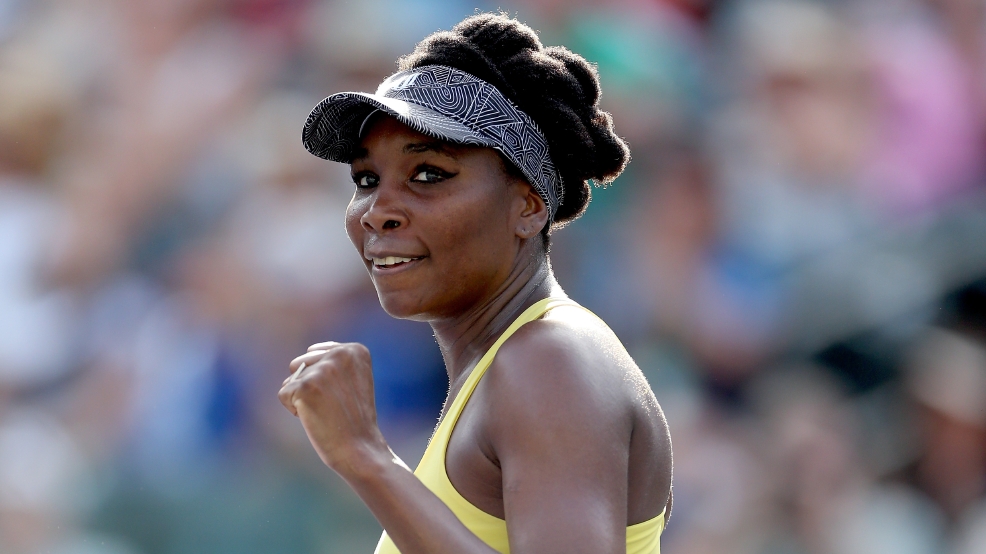 Venus Williams Made a Winning Return to Action on Monday

ROME, Italy - It had been 40 long days since she had last played a match, but Venus Williams made a winning return to the court at the Internazionali BNL d’Italia in Rome on Monday night, edging Yaroslava Shvedova of Kazakhstan in a tight two-setter under the lights on center court, 6-4 7-6(4).

Venus hit 35 winners to 24 unforced errors to improve to 2-0 against Shvedova - their only previous meeting came in the Wimbledon quarterfinals last summer, which Venus won in straight sets too.

Awaiting Venus in the second round will be Lesia Tsurenko. The two have never played before.

Venus, who hadn’t played since Charleston due to a right arm injury, has a big opportunity in Rome. Currently just outside the Top 10 at No.12, she could go as high as No.5 by winning the title, depending on everyone else’s results - and next week’s rankings determine the French Open seeds.

But before we jump too far into the future, let’s celebrate one of the true legends of tennis making a winning return. Here’s a taste of what Venus was up to in the 40-day period she was away:

She and her business ventures were featured in the New York Post:

She asked her fans for new reads:

She asked her fans for new reads:

And she went back to school to thank her favorite teacher in person: