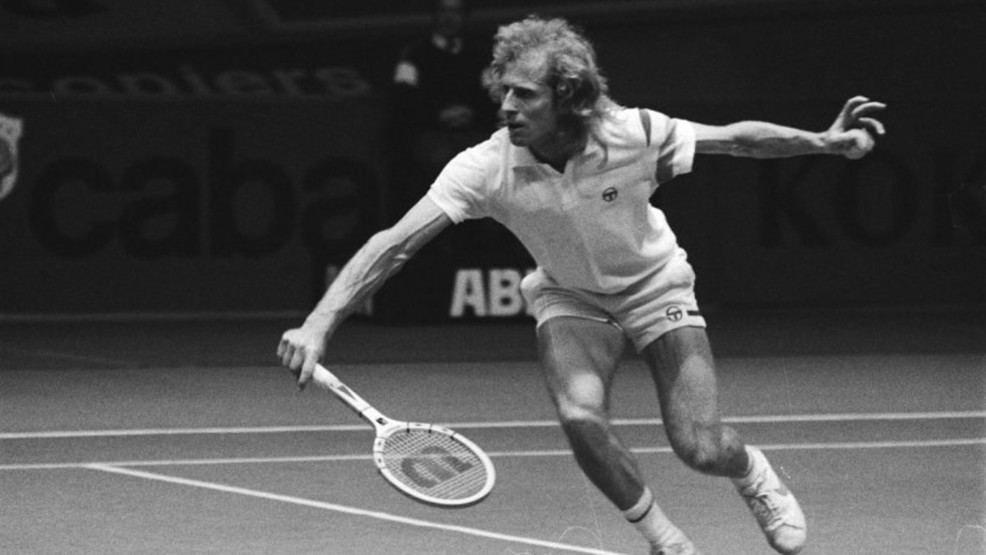 MELBOURNE, Australia - Today is a very special day in tennis history as it’s been exactly 40 years since one of the sport’s most revered legends, Vitas Gerulaitis, became a Grand Slam champion.

Played on the grass courts of the Kooyong Lawn Tennis Club in Melbourne, the 1977 Australian Open welcomed a packed field, but it was the top-seeded Gerulaitis who overcame them all, dropping just one set en route to the final before edging John Lloyd for the championship, 6-3 7-6 5-7 3-6 6-2.

“Today was my lucky day and the good lord looked down on me,” Gerulaitis would say after the match. “The pain was dreadful and I remember looking up toward the sky in the fourth set and saying to myself I couldn’t win without some sort of help. My muscles were popping out because of the cramps, which spread right through my body, but I wasn’t about to give up in such an important final.”

Less than two months later Gerulaitis would reach his career-high ranking of No.3 in the world, and in the following years he’d reach the semifinals or better at five of his next six majors, making finals at the 1979 US Open (falling to John McEnroe) and the 1980 French Open (falling to Bjorn Borg).

Having spent much of his post-playing life in the tennis world in other ways - he did regular TV commentary for years, as well as dabbling in coaching - tragedy struck on September 17, 1994, as Gerulaitis passed away in his sleep due to carbon monoxide poisoning while visiting a friend’s home.

Gerulaitis was very close with a number of players, including Borg - here’s the Swede on his friend:

And here's more on the late tennis legend’s legacy courtesy of ATPWorldTour.com.