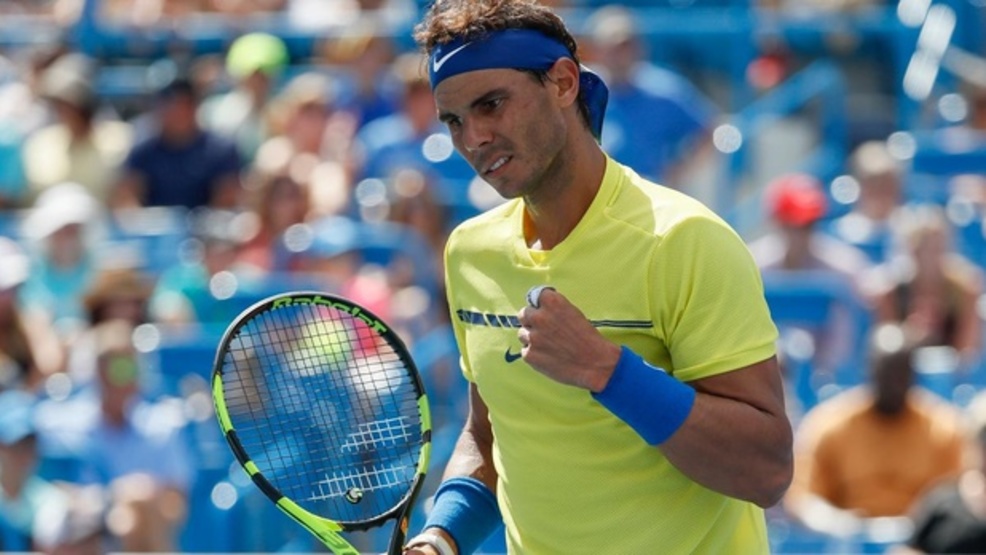 World No. 1 Rafael Nadal Returns to Action This Week in Davis Cup

It’s been almost two and a half months—71 days to be exact—since Rafael Nadal played his last match. But the wait is almost over, as the 16-time Grand Slam champion and world No. 1 will be back in action for this week's Davis Cup quarterfinals.

The last time we saw Nadal in action was January 23, in the Australian Open quarterfinals, where he was forced to retire against Marin Cilic while down 2-0 in the fifth set, due to a hip injury.

That same injury has forced Nadal to pull out of scheduled stops in Acapulco, Indian Wells and Miami. One piece of good news for Nadal is that although he briefly lost his No. 1 ranking to Roger Federer during that time, he regained it this week after the Swiss lost early in Miami.

Speaking on Spain's El Transistor program, Nadal said that he didn't realize he had returned to the top of the tour.

"Honestly, I did not know. I was excited [to return to No. 1] the previous year, but when you are not competing, you disconnect from rankings and points and try to not be thinking about these things."

Even better news is that the Spaniard's return to action will come on home soil and on clay, as Spain hosts Germany in Valencia in the Davis Cup quarterfinals. Nadal is an almost flawless 22-1 in his career in Davis Cup singles play, with his only loss coming in his very first singles match—in February 2004, the 17-year-old lost to a No. 16-ranked Jiri Novak in straight sets.

Still, while Nadal wants to participate in the tie, he is still unsure of his physical condition.

"I hope to find myself with no injury," he said at a sponsor event at Valencia. "I have been very excited to return to competition accompanied by colleagues and friends. I'm hoping it's a positive week for us all."

Nadal added, "Physically, I am hoping to respond. Since Shanghai, it has been complicated."

World No. 4 Alexander Zverev, headlining the German team, was asked about the challenge of playing Spain during his run to the final in Miami. Understandably, Nadal’s name came up.

“The tie is very difficult for us,” Zverev said. “I heard Rafa is going to be playing and that’s not easy, but we have a very good team and after many years we have good doubles again, so that helps.”

Nadal is a combined 17-1 against the two highest-ranked Germans playing the tie: 3-0 against Zverev, which includes a 6-1, 6-1 win in their only clay-court meeting at Monte Carlo almost a year ago, and 14-1 against Philipp Kohlschreiber, who snuck out a win on grass in Halle six years ago.

Joining Nadal on the Spanish team will be Pablo Carreno Busta, who’s fresh off reaching the semifinals of Miami, as well as Roberto Bautista Agut, Feliciano Lopez and David Ferrer. Jan-Lennard Struff, Maximilian Marterer and Tim Puetz join Zverev and Kohlschreiber on the German team.