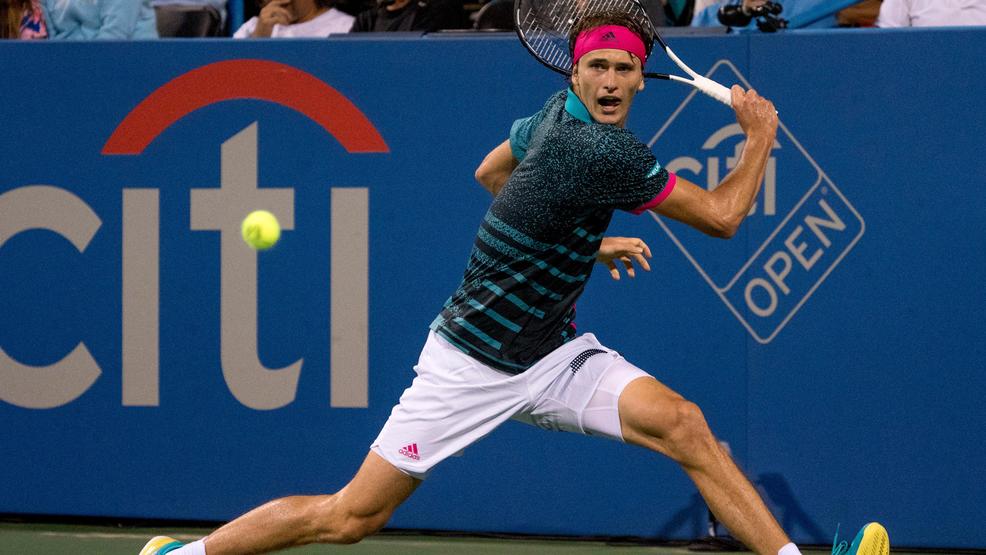 The No. 10-seeded Tsitsipas had already taken out a big name in the quarterfinals—the No. 3 seed, David Goffin—and he came into the match against Zverev knowing he had to step it up even more.

“I’ll have to play twice as well tomorrow as I did today,” Tsitsipas said after his victory over Goffin.

Sure enough, it was a big step up early on as Zverev stormed through the first set, 6-2, but the second set was far closer. The two stayed on serve through the first eight games, and Tsitsipas nearly kept that going in a marathon 15-minute service game at 4-all, but Zverev finally snuck out the break—and then comfortably served out the 6-2, 6-4 victory after an hour and 28 minutes.

“It was a good atmosphere today,” Zverev, who scored his ATP World Tour-leading 40th match win of the year, commented. “Stefanos is somebody who plays amazing tennis. He has huge potential. It’s going to be interesting to see where else we’ll play each other and how many more times we’ll play.”

Zverev didn’t face a single break point in any of his nine service games in the match, and converted three of his own seven break chances. The German also finished with an impressive +5 differential of winners to unforced errors (23 to 18) while Tsitsipas finished with a -7 differential (15 to 22).

Zverev is now through to his 14th career ATP World Tour final (he’s 8-5 in his first 13) and his second straight at Washington, D.C. (he beat Kevin Anderson in last year’s final). In this year’s final he’ll play Alex de Minaur, who beat Andrey Rublev after saving four match points.

“I have another tough match ahead of me,” Zverev said. “Winning a tournament for the first time feels amazing, but coming back you have a little more pressure on your shoulders to defend your title.

There could also be some extra motivation for the World No. 3 on Sunday—if Juan Martin del Potro wins the ATP World Tour event in Los Cabos, Mexico on Saturday night, Zverev will need to win the Washington, D.C. title on Sunday to keep that No. 3 ranking. Otherwise, del Potro will pass him and become the new world No. 3, which would be a new career-high for the 2009 US Open champion.