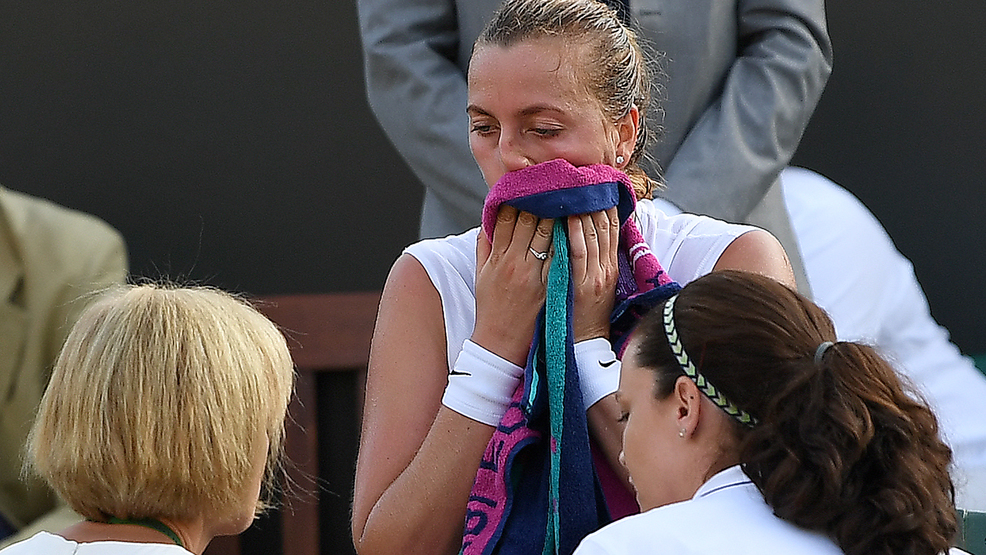 Czech Republic's Petra Kvitova (C) recieves medical assistance during her women's singles second round match against US player Madison Brengle on the third day of the 2017 Wimbledon Championships at The All England Lawn Tennis Club in Wimbledon, southwest London, on July 5, 2017. Brengle won the match 6-3, 1-6, 6-2. / AFP PHOTO / Glyn KIRK / RESTRICTED TO EDITORIAL USE (Photo credit should read GLYN KIRK/AFP/Getty Images)

On this week's episode, Wertheim checks in from the first week at the All England Club at Wimbledon, where the top seeds still remain on both the men's and women's sides, but both titles are still very much up for grabs. Wertheim talks with SI tennis producer Jamie Lisanti and the pair discusses the current storylines surrounding the tournament, including Bethanie Mattek-Sands' injury, Bernard Tomic's comments and his dropped racket sponsor, retirements on the men's side, the favorites in the women's draw with Karolina Pliskova and Petra Kvitova out of the tournament and more.

Wertheim also names the players that have impressed him the most during the first week of play at Wimbledon.