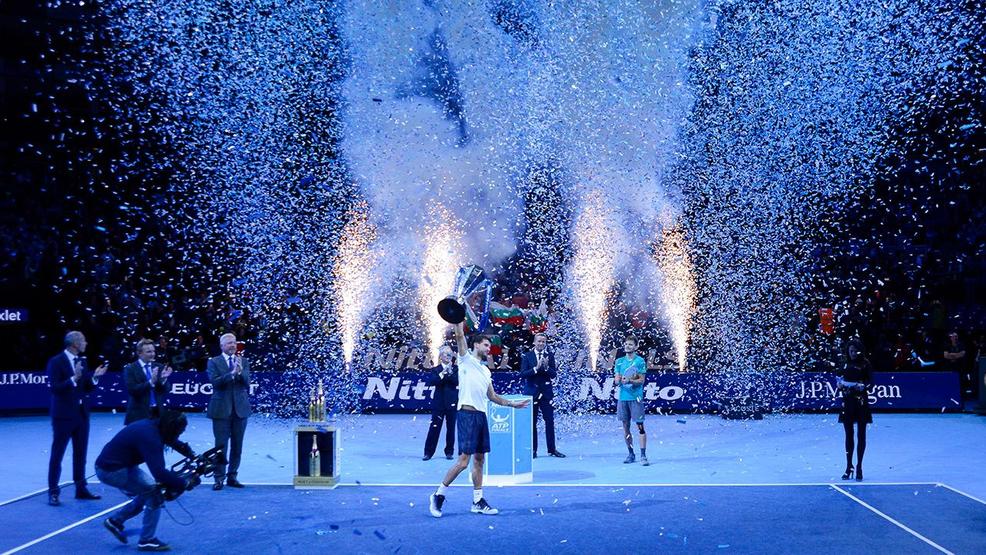 Grigor Dimitrov of Bulgaria celebrates victory following the singles final against David Goffin of Belgium during day eight of the 2017 Nitto ATP World Tour Finals at O2 Arena on November 19, 2017 in London, England. (Photo by Alberto Pezzali/NurPhoto via Getty Images)

Jon Wertheim: Beyond the Baseline Podcast - Wrapping Up the 2017 Season with Paul Annacone

On the latest edition of the Beyond the Baseline Podcast, host Jon Wertheim talks with Paul Annacone.

On this week's episode, Wertheim talks with Paul Annacone to wrap up the 2017 tennis season. Wertheim and Annacone discuss the top storylines of the season, the conclusion of the ATP season including the ATP World Tour Finals, the level of play we saw from Rafael Nadal and Roger Federer in 2017, the end of the year finish for Grigor Dimitrov, Alexander Zverev’s surge and much more. Annacone also talks about how injuries to top players will impact the new season, the players outside of the Big Four to watch for in 2018, what he expects from Djokovic and Murray next year, after missing a big chunk of the 2017 season, the recent changes made by the Grand Slam board ?and more.