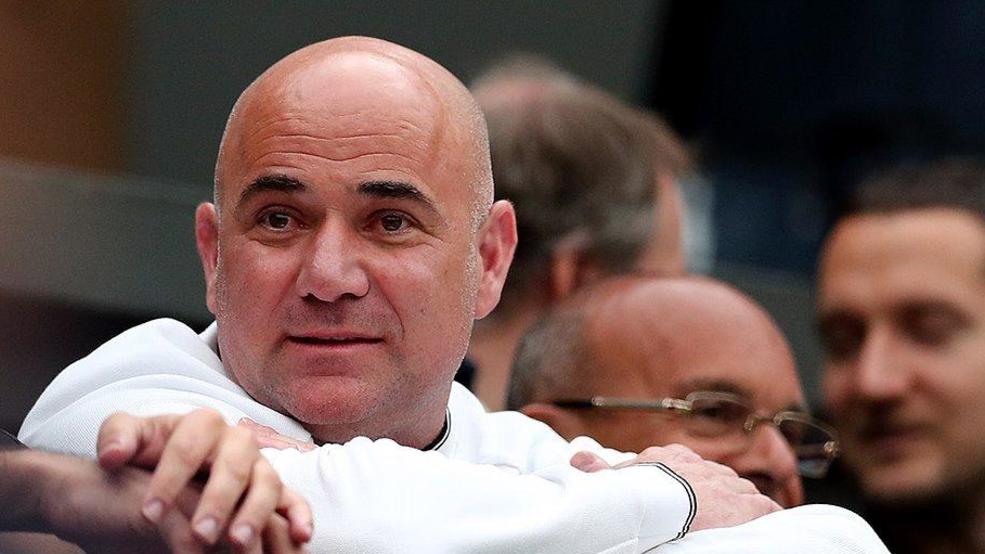 Novak Djokovic's coach Andre Agassi on day eight of the Wimbledon Championships at The All England Lawn Tennis and Croquet Club, Wimbledon. (Photo by Gareth Fuller/PA Images via Getty Images)

Wertheim: Beyond the Baseline Podcast - Agassi: Expect Big Things from Djokovic in 2018

On the latest edition of the Beyond the Baseline Podcast, host Jon Wertheim talks with Andre Agassi.

On this week's episode, Wertheim talks with Andre Agassi at an Longines event in New York City. Wertheim and Agassi discuss his coaching relationship with Novak Djokovic and what we should expect from their partnership in 2018, why he believes Djokovic is a special player, how much technology plays a role in the aging field in men's tennis, what his relationship is with tennis right now and more. Agassi looks back on his career and talks about what he would do differently with scheduling and other aspects of the season and also talks about whether or not he would be involved in tennis TV commentary in the future.