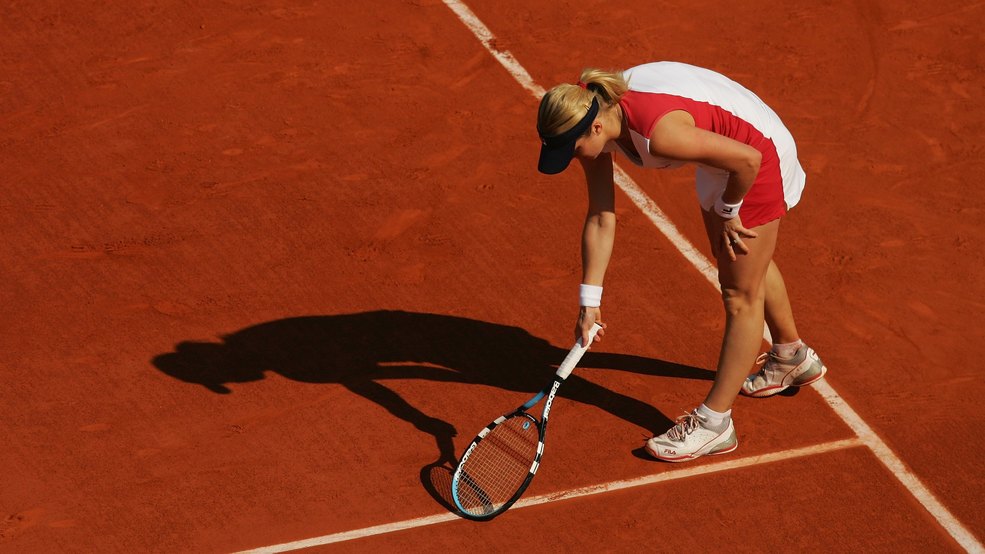 Michael Steinberger: Is Cheating in Junior Tennis a Growing Problem?

Amid all the happy chatter generated by this year’s US Open and also by the Laver Cup, The Washington Post struck a discordant note a few weeks ago with a story about cheating in junior tennis. The takeaway: cheating is pervasive, an endless cycle of bad calls and bad calls-as-payback for bad calls. As the Post mournfully put it, “The sport, once lauded for its sportsmanship, is littered with widespread accusations of cheating at the youth level.” To back up this claim, it cited recent comments by John McEnroe, who said, “The cheating in the game is, to me, worse than ever. I guess the stakes are higher. It’s a shame these poor kid feel so much pressure. They cheat in practice at the club when we play. It’s crazy. This is an issue that definitely has to be dealt with.”

If you are at all familiar with youth sports culture in this country, you surely know that it is, pretty much across the board, a cesspool of corruption and unfair play. And compared, say, to AAU basketball, which is riddled with shadiness, junior tennis is a pillar of rectitude. But just because it might be cleaner than other sports doesn’t mean that junior tennis should get a pass for its failings. Nor should it get special dispensation, as some people seem to suggest, because it is the one sport in which the players police themselves—if players cannot be trusted to police themselves, then clearly the honor code that supposedly governs the game isn’t working. McEnroe is absolutely right: if cheating is rampant, the problem needs to be addressed.

My 16-year-old son plays high school basketball and my daughter, who just turned 13, is a competitive tennis player, so I suppose I can claim some knowledge of what’s happening on the courts. Ava has not encountered any cheating to this point. Perhaps she has just been lucky, but I suspect that it has more to do with the age bracket in which she has been playing. Up until age 12, there isn’t a lot of pressure, and most kids are still learning the game and just having fun. Bad calls happen, but from what I’ve observed, it is not usually deliberate. Kids are trying to keep the ball in play while also trying to keep track of the score and to keep all the rules straight, and they make mistakes—they call a shot out that was really in, and while they immediately recognize that they erred, they are flustered and just don’t know to reverse themselves. You see a lot of that in the 9-12 bracket.

But I also suspect that it is at this level that bad behavior often takes root. My biggest complaint about 10 and under and 12 and under tournaments is that most are inadequately supervised—the kids are sent out to the court and left to fend for themselves. A tournament official might cast a glance in their direction every so often, but the oversight is minimal. Most kids are honest and want to abide by the rules, but there are surely also kids who want to win at any cost and who come to see the lack of active supervision as an invitation to cheat. I know it is difficult logistically, but if the younger kids were monitored more closely, it might reduce the amount of cheating that occurs as they rise through the juniors.

The temptation to cheat obviously becomes much greater when kids are 15 and 16 and the stakes are higher. At that point, kids aren’t just competing for tournament victories and ranking points; they are also competing for college scholarships or are at least hoping that tennis can help them get into the schools of their choice. Adding to the pressure is the fact that their parents have spent enormous sums on lessons, clinics, equipment, and tournaments and expect to see a strong return on the investment. Most kids are capable of handling the stress without resorting to cheating, but some clearly flout the rules—and, at least if McEnroe and the Post are to be believed, their numbers are growing. And the danger is that, as the cheating becomes more prevalent, even kids who want to play fair will feel compelled to join in. It’s the same logic that has driven steroid use in professional sports—if the other guy is doing it, you’d better do it, too, or he might take your spot.

So what can be done? According to the Post article, the USTA keeps a database of violations that includes complaints about cheating. But it is difficult to see how cheating can be penalized because it is virtually impossible to establish intent; a player can simply claim that he or she committed an honest mistake, and there is really no way to prove otherwise. The Post raised the possibility of a technological fix. It noted that PlaySight, the Israeli sports technology company, has developed a video replay system that can be used to resolve disputed calls. But it costs $30,000 to equip a court with the PlayFair Challenge System, as it is called, which means it is unlikely to come into wide use anytime soon. Zoe Howard, a Maryland teenager, wrote an article earlier this year for Sports Illustrated about the cheating she has encountered in the juniors. She suggested that if tournaments can’t hire more officials, they can use volunteers, neutral parents, and even other players to monitor matches, which seems like a smart idea.

I also think the pros have a role to play here. One thing that disappoints me about the pro game is how seldom players make calls themselves. Yes, it is the job of the chair umpire and the line judges to make calls, but they sometimes err, and more often than not, the player on the side of the net where the error occurred knows whether or not the ball was in or out. Yet, you almost never see players speaking up if doing so is going to cost them a point—instead, they keep their mouths shut and wait for an overrule or a challenge. The message this sends is that integrity doesn’t matter if the stakes are high enough and that sportsmanship is for chumps. The pros wield enormous influence over the junior game, and they could certainly set a better example on this front.