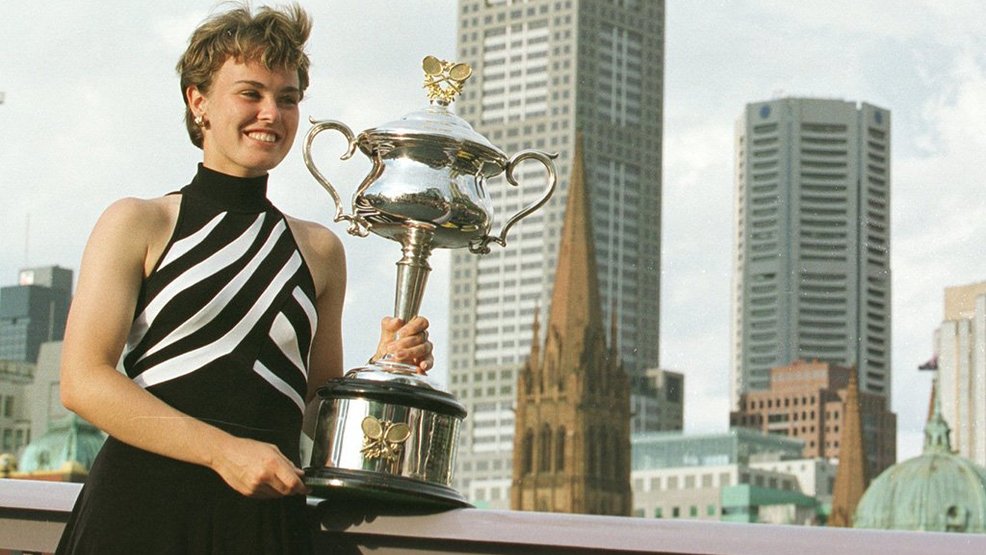 Given that it was going to be the third time she retired from tennis, Martina Hingis was probably smart just to spring the news on us rather than announce it in advance. There was no need for a long farewell tour; the sport had already bid her goodbye twice. Still, when Hingis posted a message on her Facebook page last week saying that the WTA finals in Singapore would be her final hurrah, and for real this time, it came as a jolt. She’d had a sensational summer, winning three majors—the mixed doubles crowns at Wimbledon and the US Open with Jamie Murray, and the women’s doubles title at the Open with Chan Yung-Jan. Since coming out of retirement for the second time, in 2013, Hingis had won 10 grand slam doubles titles in total. Given all the recent success she’d enjoyed, the last thing anyone expected was for her to just up and walk away.

Her decision caught me by surprise. I interviewed Hingis twice this year—first at Indian Wells, in March, and then in Florida in August—and she gave no indication that she was contemplating retirement. Over lunch in Florida, I asked how much longer she intended to play. She laughed and said, “I don’t know that, and even if I did, I wouldn’t tell you.” (She is as sassy in her late thirties as she was in her teens.) When we spoke in Indian Wells—in the players’ lounge, over the din of some of retro music (INXS, that sort of stuff) that served to underscore her longevity, she told me she had returned to tennis in 2013 because she loved the game too much to stay away. “I missed being around here,” she said. “I feel kind of safe in this environment.” She was very satisfied with her life now and was still eager to travel and play. “After one month at home,” Hingis said, “I’m ready to go.”

So what changed between then and now? I have no idea. Maybe the Swiss veteran woke up one morning last week and just suddenly realized that she’d had enough. During her previous retirements, she seemed to struggle to find contentment away from the court; perhaps she is hoping that the third time will be the charm and has decided that, at the age of 37, she needs to truly move on. Of course, it is also possible that she will reverse course once again and come out of retirement in the not-too-distant future. In her Facebook post, she left open that possibility, writing, “As history shows, I haven’t been able to stay away from tennis for so long in the past.” Her namesake Martina Navratilova competed until she was nearly 50; given how well Hingis still plays and moves, she could certainly keep going into her forties if she wanted.

But assuming this retirement is permanent, Hingis leaves with a complicated legacy. Writing in The New York Times the other day, Christopher Clarey likened her to Lleyton Hewitt. There is something to the comparison, beyond the fact that both were on the short side and used Yonex rackets. Like Hewitt, Hingis hit her peak at a young age and then just stayed around (in her case, for most of the next two decades). And in the same way that Hewitt was a transitional figure bridging the gap between the Sampras/Agassi epoch and the Federer/Nadal era, Hingis ended up being a transitional figure between the Graf/Seles era and the Williams sisters.

However, there is a critical difference. Even when Hewitt was ranked number one and winning his two majors, it was widely recognized that he was never going to be a dominant player a la Sampras—he just didn’t have quite enough game, and most people figured he would be eclipsed in short order, which he was. The expectations for Hingis were much loftier. She captured three grand slam singles titles and was ranked number one when she was just 16, and given her otherworldly racket skills and court smarts, there was every reason to believe that she was going to rule women’s tennis for years to come and smash all sorts of records. No one knew that the women’s game was about to be transformed by the advent of what Mary Carillo called “Big Babe Tennis” and that Hingis, who was not nearly as big or powerful as players like the Williams sisters and Lindsay Davenport, would be its first victim. That Hewitt ended his career with just two majors was not surprising; that Hingis only won five is still, all these years later, kind of hard to believe.

Of course, those five singles titles are just one facet of her record; Hingis distinguished herself even more as a doubles player, winning 13 grand slam women’s doubles titles and seven grand slam mixed doubles crowns. In an interview last week, Hingis said that she was better at doubles than singles, and her trophy case would suggest as much. Still, for all that she accomplished as a doubles player, her short-circuited singles career—that period in the late 1990s when the game changed on her and she went from emerging superstar to also-ran in a flash—will always be front and center of any discussion about Hingis.

In recent years, that conversation took an interesting turn. It seemed as if being a fan of Hingis’s game became a mark of tennis connoisseurship—sort of like the vinyl fetish among music enthusiasts. She was seen as a practitioner of a lost art—a player who relied on finesse and guile rather than brawn, who won not by outslugging opponents but by outsmarting them. And I think it’s probably the case that some of the belated affection for Hingis, whose last WTA singles match was in 2007, was rooted in dissatisfaction with how the women’s game has evolved—the loss of stylistic variety, the emphasis on power, the fact that a player as gifted and clever as Hingis had been reduced to roadkill because of her compact size.

As great as Hingis was, the question that will always hang in the air is how much more she might have achieved had she played in a different era. With her sudden retirement last week, we are now also left to wonder how much more she might have accomplished had she continued playing into her forties. Of course, she could still answer that question for us if she wanted. Just sayin.