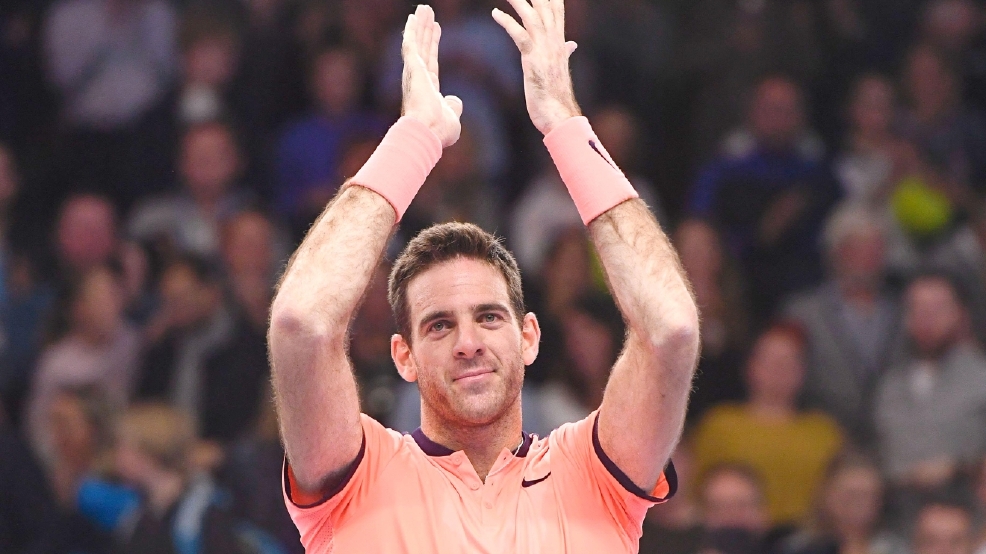 Thanks to some freakishly mild weather, tennis nuts on the east coast, including yours truly, were playing outdoors, in shorts and t-shirts, last weekend. Work permitting (or even if not), some of us will be out there again tomorrow and Friday, as temperatures are expected to soar into the 70s. Suddenly, February has become a great month for tennis—not just for those of us getting in some unexpected court time four weeks before spring starts, but also for those who follow the pro game religiously. The calendar for both the ATP and the WTA is packed with events in February, and if the recent past is any guide, this month will establish some of the key trends and storylines for the rest of the season.

It wasn’t long ago that February was a ghost month on the tennis calendar. Yes, there were tournaments, but no one really cared much about them. With a few exceptions, the tennis players making headlines in February were those who stripped down for Sports Illustrated’s swimsuit issue (a list that includes Rafa Nadal, who appeared in the 2012 issue posing alongside Israeli model Bar Refaeli). Three tennis stars—Serena Williams, Caroline Wozniacki, and Genie Bouchard—are featured in this year’s swimsuit issue. Bouchard made some additional news this month with that Super Bowl tweet that led to a date that may or not be followed now by a second date (surely, you’ve heard the story—it’s actually quite charming).

But these days, it’s what is happening on the courts that makes February a newsworthy month for the pro game. The players seem to be more dialed in, and fans seem to be paying more attention (forgive me for sucking up to my bosses, but the heightened interest among fans surely owes something to the fact that Tennis Channel offers blanket coverage of the February tournaments).

Probably the biggest factor in elevating February’s stature has been the rise of the South American swing. South America has always been a bit of a puzzle as far as pro tennis is concerned. Over the years, the continent has produced some great champions—Maria Bueno, Guillermo Vilas, Gustavo Kuerten, Juan Martin del Potro—but it had always been something of a backwater as far as tournaments go. That began to change a few years ago. In December 2012, Roger Federer played a series of exhibitions in Buenos Aires, Sao Paulo, and Bogota, and the rapturous reception he received demonstrated that there was a very enthusiastic fan base in South America. A few months later, Rafael Nadal, who had been forced to sit out the Australian Open on account of a stomach virus, kicked off his 2013 season by reaching the final of a tournament in Chile and then winning events in Sao Paulo and Acapulco. The following year, Nadal returned to South America, where he won the inaugural Rio Open. Big names pull in other big names (Kei Nishikori is now a regular on the South American swing, ditto Dominic Thiem), and Rio’s status as 500 level event has also given players an incentive to stay below the equator after the Australian.

February has also become a significant month for tennis trend-spotting. Last February, we saw del Potro return to action after a long hiatus. He played Delray Beach and unexpectedly reached the semis, which set him on course for a terrific comeback season, capped by his Davis Cup heroics in November. Thiem had a sensational February, winning Buenos Aires and Acapulco and reaching the semis in Rio. But it was a month that also foretold danger for Thiem—his scheduling was very ambitious, and all that play caught up with him during the last part of the season, when his results dipped sharply. Last February also saw Nick Kyrgios win his first ATP title, in Marseille, taking out two top-10 players en route to the title. It was a victory that affirmed his vast potential, but it also marked the start of a seesaw year that ended with Kyrgios being suspended for tanking a match at the Shanghai Masters. So far this February, we’ve seen Ryan Harrison claim his first ATP title, David Goffin crack the top 10 for the first time, and 17-year-old American CiCi Bellis pick up her first win over a top-10 player (she took out Agnieszka Radwanska in three sets at the Dubai Tennis Championships earlier today)— and there are still six days left in the month.

Personally, what I most enjoy about tennis in February is that, more than perhaps any other month on the tennis calendar, it showcases just how global the sport is. Rio, Rotterdam, Marseille, Buenos Aires, Sofia, Sao Paulo, Acapulco, Dubai, Delray Beach, Kuala Lumpur—that is a hell of a lot of geography to cram into just 28 days (to say nothing of all the ranking and frequent flyer points). The ATP has more events in February than any other month. The busy schedule also underscores the way in which the tennis season is alternately centripetal and centrifugal. The entire tennis world congregates for two weeks in Melbourne in January, scatters to four different continents for the month of February, and reassembles in the California desert and Miami in March before scattering again. It is part of the rhythm of the season. And without intending to inject politics into this discussion, at time when people are increasingly inclined to retreat behind borders and to build walls, the professional tennis tour offers a very different vision of the world—one that speaks of interconnectedness. This is among tennis’s greatest attributes, and it is on particularly vivid display in February.

It used to be that tennis was the furthest thing from our minds in February. That is definitely no longer the case.