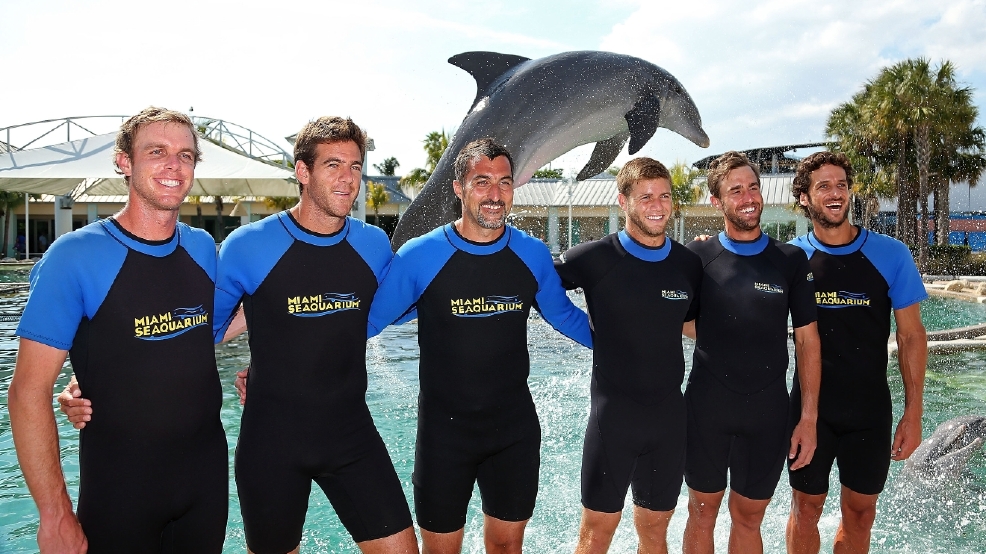 Going from Indian Wells to Miami is a transition from west coast to east coast; from desert to ocean; from hot, arid weather to hot, humid conditions; and from a flourishing tournament to a troubled one. The fate of the Miami Open has been in doubt for a couple of years now. County restrictions have prevented WME-IMG, the sports management colossus that owns the event, from upgrading and expanding the Crandon Park facility, located on Key Biscayne. After a lengthy legal tussle, an appeals court in December 2015 blocked WME-IMG from giving the venue a proposed $50 million facelift, a decision that for now stands as the last word on the matter. After the ruling, the attorney representing the tournament said the event was all but certain to leave Miami, possibly for the new USTA facility in Orlando. Last week, WME-IMG Co-President Mark Shapiro seemed to walk back that threat. “Let me be clear: we’re never leaving Miami,” he said. I hope that’s true, because moving it out of Miami would be a really bad idea.

There’s no denying Crandon Park could use some work. The stadium is dated, the walkways are overcrowded, the players’ lounge looks like an outdoor cafeteria at a high school. The need for improvements in Miami has been laid bare by the comparative splendor of Indian Wells, which offers, among its many frills, smart toilets in the luxury suites (I bet a lot of people missed a lot of key points during the tournament because they were busy playing with those potties). Larry Ellison, the billionaire owner of Indian Wells, has created a tennis Mecca in the California desert. It is especially hospitable to the players, who can’t seem to find enough good things to say about Indian Wells. That one of their own, Tommy Haas, is now the tournament director seems to have only heightened their affection for the place. The spiffy players’ lounge, the awesome soccer pitch next to the practice courts—more so perhaps than any other tournament, Indian Wells seems to be as much for the players as it is for the spectators. Given that Indian Wells and Miami are back-to-back events, comparisons are inevitable, and in recent years the comparisons have not flattering for Miami.

It would be tough for anyone to compete against Larry Ellison’s money; that WME-IMG wants to at least try but has been prevented by a court from doing so much be completely maddening for the company. Miami just seems to be a star-crossed tournament these days. Last year, it caught a huge break when Roger Federer, after suffering his knee injury in Australia, announced that he would begin his comeback in Miami, a tournament he had skipped the previous year. But an hour before he was supposed to take the court in a tantalizing opening match against Juan Martin del Potro, Federer pulled out with a stomach ailment. It was a typically humid day in Miami, but as the Federer news spread across the grounds, it sucked what little air there was right out of the tournament. (I brought my kids to the match, and to say that they were bummed would be an understatement; I also forgot to have them use sunscreen that afternoon, which put me in the doghouse for the rest of our trip.) This year’s tournament kicked off with three of the biggest names absent: Novak Djokovic, Andy Murray, and Serena Williams are sidelined with injuries.

Amid these withdrawals, there was one bit of good news: a few days ago, Tennis Channel’s Jon Wertheim reported that a “south Florida sports mogul” has expressed interest in partnering with WME-IMG to keep the Miami Open in Miami. Unless this unnamed white knight wants to help build a new venue, his or her involvement would not solve the big problem facing the event, the court order barring expansion of the Crandon Park facility. But even so, having a local Ellison-like benefactor attached to the tournament might at least ensure that it stays in Miami. And it should remain there. For one thing, it is a tournament with a rich pedigree. It was founded in 1985 by Butch Bucholz, who hoped the event would achieve the stature of a major and even dubbed it “Winter Wimbledon.” From its inception, it attracted a field worthy of a major. Lendl, Sampras, Agassi, Federer, Djokovic, Navratilova, Evert, Graf, Seles, Hingis, the Williams sisters—all of them won titles in Miami and helped create a tradition that ought to endure, particularly at a time when the United States has seen so many tournaments migrate abroad.

It also remains a popular event, a point underscored by those overcrowded walkways. Miami is known to be a fickle sports town. I’ll never forget AmericanAirlines Arena emptying out before the final whistle during LeBron James’s last home game for the Miami Heat, an amazing display of ingratitude towards a player who had brought the city two consecutive NBA titles. It is the problem of perennially sunny waterfront places—there are too many other options available to people. Why drop $400 to watch a losing baseball team when you can be jet skiing on Biscayne Bay? (The Miami Marlins consistently vie for the worst attendance record in Major League Baseball.) But the Miami Open seems to have no trouble drawing a robust turnout, pulling in around 300,000 fans each year. The tournament enjoys strong local support, and also attracts a lot of out-of-towners—Americans, Europeans, and South Americans on holiday. Miami has the most polyglot crowd I’ve encountered at a tennis tournament. Spanish, English, French, Italian, German, various Slavic tongues—you hear it all, and it is part of the charm of the event.

And this gets to the larger point: Miami, in addition to being a hell of a lot of fun, is one of the most international cities in the world and ought to be host to a major tennis tournament. It is a gateway to Latin America and a magnet for Europeans, Canadians, and tourists from all over the United States. No sport is more cosmopolitan than tennis, and Miami, with its exuberant multiculturalism—Iggy Pop, now a local, says there is “a quicksilver quality about this place”—embodies the spirit of tennis every bit as much as cities like New York and London do. No offense to Mickey Mouse and friends, but the same cannot be said of Orlando. It can’t be said of very many cities. Yes, it would be good if the Miami event could close the gap with Indian Wells when it comes to facilities and amenities. But the tournament belongs in Miami.