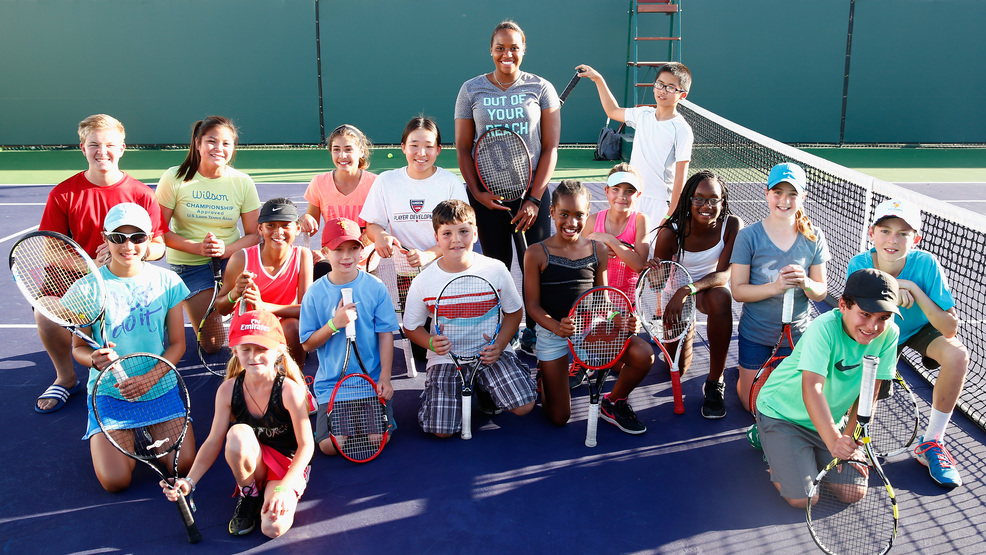 INDIAN WELLS, CA - MARCH 09: Taylor Townsend of USA poses for a photo at a Prince kids clinic during day one of the BNP Paribas Open tennis at the Indian Wells Tennis Garden on March 9, 2015 in Indian Wells, California. (Photo by Julian Finney/Getty Images)

Michael Steinberger: Tennis Needs to Be Affordable, Accessible for All Kids

Last week, the U.S. men’s soccer team suffered a humiliating defeat to Trinidad and Tobago, a loss that cost the Americans a spot in next year’s World Cup in Russia. It is the first time since 1986 that the United States has failed to qualify for the month-long tournament, a huge setback for American soccer. Within minutes of the final whistle, recriminations flooded the airwaves and the intertubes. In the days that followed, the pitched debate over lineups and tactics gave way to a broader, deeper critique. Some commentators suggested that American soccer is stagnating in part because youth programs are now so expensive, which has shrunk the talent pool. As Ryan O’Hanlon of The Ringer put it, “The biggest problem with U.S. soccer is the same problem with the U.S. economy writ large: Its highest levels are inaccessible to African-Americans and only open to those families with a certain amount of wealth.”

Villanova University sociologist Rick Eckstein, noting that 35 percent of the kids who play youth soccer in the United States come from households with incomes of $100,000 or more, summed it up this way: the current system is “more attuned to identifying the best payers than the best players.”

Does all this sound vaguely familiar?

Junior tennis in the United States is a lot like youth soccer in the United States: it is geared to wealthy suburban kids. And just as people like O’Hanlon and Eckstein are now questioning whether this tilt is retarding the progress of American soccer, there has been a lot of discussion about whether it has had a similar effect on American tennis, which doesn’t produce champions nearly as reliably as it did in the past. The indictment of tennis’s economic structure, boiled down to its essence, is this: it favors well-to-do kids who, because they come from money and have lots of options in life, ultimately lack the drive and desperation needed to reach the pinnacle of the sport. It is a system that mostly helps kids from affluent backgrounds get a leg up in the quest to gain admission to elite colleges and universities. What it fails to do, at least in sufficient numbers, is produce world-class players.

That said, the socioeconomic explanation is a little more complicated for tennis than soccer. In most of the world, soccer is a working-class game, and many of its stars grew up in poverty. American soccer has gone off on a strange (but so very American) tangent, evolving into a preppy suburban sport—sort of like lacrosse or, well, tennis. While the U.S. men’s team has enjoyed some success, it is no closer to being a true soccer power now than it was 20 years ago, and in the aftermath of last week’s qualifying debacle, it seems reasonable to ask if a youth system that favors kids from places like Bethesda and Greenwich is helping or hindering the pursuit of that goal.

In contrast to soccer, tennis has always been a fairly posh sport, both here and abroad, and many of its greatest champions—including Roger Federer and Rafael Nadal—were raised in comfortable circumstances. Even so, the affluence that surrounds the game hasn’t prevented the emergence of players from less privileged backgrounds. Serena Williams grew up to become arguably the finest player the sport has known, and her older sister Venus is also among the all-time greats. Looking back over the past half-century or so, it is hard to make the case that American tennis has suffered because its core constituency has been people in the upper income brackets.

But apart from the Williams sisters, the opening decades of the 21st century have not been kind to American tennis. An American man hasn’t won a major since 2003, and it has been years since we’ve had even just a legitimate top five prospect. With her victory last month at the U.S. Open, Sloane Stephens became the first American woman not named Williams to win a major since 2002. There is no way of determining with any kind of certainty what accounts for our diminished fortunes. It could just be bad luck, a random dry spell. Maybe it has something to do with the globalization of tennis and the increased depth that we now see on both the men’s and women’s tours. Perhaps it is linked to the evolution of the sport—long baseline rallies are now the coin of the realm, which favors players with extensive clay court experience over those reared on hard courts.

But a lot of observers think that a big part of the problem, and possibly the main culprit, is the cost of tennis training in the United States. John McEnroe has been harping on this for years: he says that American tennis doesn’t attract the best athletes because it’s too expensive and inaccessible. The claim about athletes is debatable (and impossible to answer), but there is no denying that tennis is pricey. $100 lessons, $500 clinics, $200 rackets, $75 tournament fees—not many people can afford to fork over that kind of money on a sustained basis. It’s easy to imagine that a lot of kids are gently steered away from tennis between the ages of 10-14 by parents who look at the numbers and conclude that it is simply not a sport for people of their means.

It is a thorny issue, with no obvious or quick solution. You can’t fault teaching pros and tennis academies for charging what the market will bear, and it is kind of hard to imagine that the U.S.T.A. or any other entity could subsidize the game to a degree that would fundamentally alter the economics of junior tennis. But if tennis is to have a prosperous future in the United States, it needs to somehow be made more affordable for more people, and it also needs homegrown superstars who can inspire kids to pick up a racket—and there is good reason to believe that the high cost of tennis is hurting our ability to turn out superstars. American soccer just suffered a major blow. It will be interesting to see how the U.S. soccer establishment responds, and if it looks for ways to make it easier for athletes whose parents aren’t doctors, lawyers, and investment bankers to get high-level training and competition. There could be some lessons for American tennis. It is worth watching.