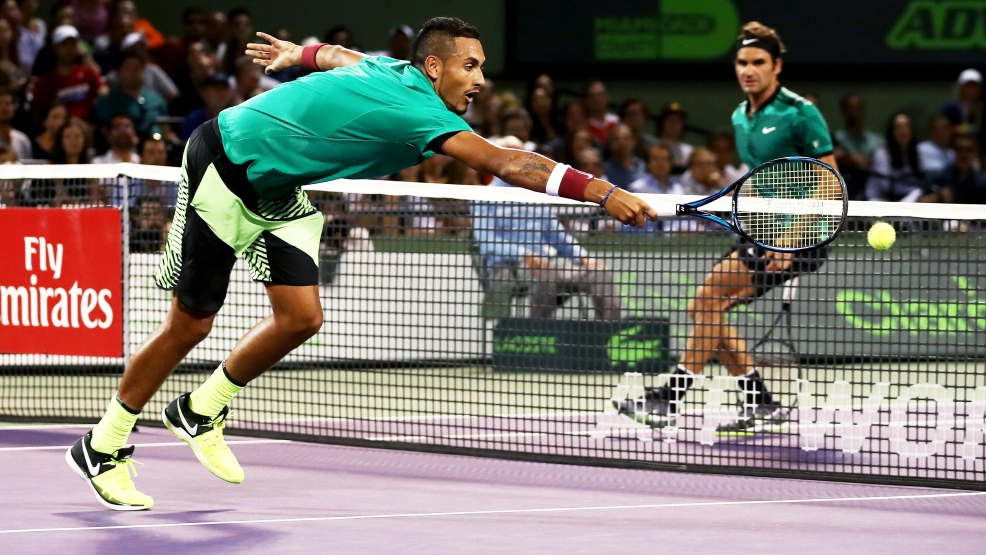 This week is the 30th anniversary of the fight that ended of my childhood love of boxing. On April 6 1987, after years of build-up, Marvelous Marvin Hagler and Sugar Ray Leonard, two of the greatest fighters of their era—and two of the greatest of all time—stepped into the ring at Caesars Palace in Las Vegas with the world middleweight title on the line. I was a Hagler fan; he was the ultimate badass, the meanest, toughest fighter I’d ever seen, completely enthralling to watch. Leonard was the flashy pretty boy, an Olympic gold medalist and America’s darling. I wanted to see him humbled. History records that Leonard won the fight in a split decision. As someone who coughed up $40, maybe more (I can’t remember now) to watch the fight on closed-circuit television in a college gym, here’s what I can tell you: Leonard spent 12 rounds running away from Hagler, throwing just enough punches at the end of each round to convince two gullible judges that he deserved the victory. Am I still bitter? You could say that. Hagler never fought again—he moved to Italy and became an actor—and my interest in boxing waned. The sport was obscenely corrupt, and over time I also came to see that it was a moral abomination. I haven’t watched a fight in years.

I haven’t missed it. The only thing I missed was the excitement of a title fight—the adrenaline rush in the hours leading up to the opening bell and that neat sensation of knowing that the entire world was pausing to watch (which is only a slight exaggeration—championship fights used to be such a big deal). I suppose it’s indicative of how thoroughly I have banished boxing from my thoughts that it hadn’t occurred to me, until I watched that semifinal in Miami last Friday night between Roger Federer and Nick Kyrgios, that big tennis matches have acquired the same aura that title bouts used to have. The sense of anticipation, the rowdy crowd, the gladiatorial entrance of the two combatants, the text messages that made it seem like everyone was watching: Federer vs. Kyrgios was just like Hagler vs. Leonard, save for the smartphones and minus the blood, the cheesy robes, and the ring girls.

I’m hardly the first writer to draw a comparison between boxing and tennis. It’s kind of an obvious analogy—tennis, like boxing, is mano a mano, a tennis court is a ring with lines instead of ropes, both sports thrive on rivalries, etc. And certainly, the most storied matches of the Open era have had unmistakable echoes of great title fights. Borg vs McEnroe at Wimbledon in 1980 was tennis’s version of the Thrilla in Manila. It was Ali vs. Frazier, but with rackets instead of gloves (although Federer is more like Ali than either Borg or McEnroe—“float like a butterfly, sting like a bee” is a very apt description of Federer’s style). And tennis commentators have long turned to the language of boxing to punch up their coverage (forgive the bad pun). How many times have you heard a match described as a “slugfest”?

That said, I think the tennis-boxing comparison is even stronger now than it was, say, 30 years ago. For one thing, tennis is far more global today than it was during the Borg/McEnroe era. In the same way that Ali vs. Frazier seemed like a planetary event, it feels like the whole world is tuning in now to watch major tennis matches, a sensation amplified by social media and instant messaging. And because tennis is so much more visible and accessible these days, the culture of tennis fandom has become similar to fan culture in boxing. Boxing aficionados will stay up until any hour or get up at any hour to watch an important bout. Tennis enthusiasts now do the same thing: I couldn’t believe how many tennis friends of mine got out of bed at three in the morning to watch the Australian Open final between Federer and Rafael Nadal. In this way, too, grand slam finals and other key matches have taken on the trappings of title fights.

But there is more to the boxing analogy than just atmospherics: it is also the way that tennis has evolved. Power and physicality have become the hallmarks of pro tennis, and there is something unmistakably pugilistic about how the game is played at that level. The fury with which the ball is struck—there is an elegant violence to the sport now. At the tactical level, too, it conjures thoughts of the sweet science. Think back to the third set of last year’s US Open final between Novak Djokovic and Stan Wawrinka. They were tied a set apiece, and during that critical third stanza, what had been a tennis match suddenly morphed into a boxing match. Djokovic started working over Wawrinka relentlessly, with long, torturous rallies that were meant to take out his legs and soften him up for an eventual knockout blow. But if a fighter can absorb enough punishment, he can sometimes get his opponent to punch himself out, and that’s precisely what happened with Wawrinka and Djokovic. Wawrinka withstood the barrage, and it was Djokovic who ultimately collapsed.

The Federer-Kyrgios match last week was also evocative of a title fight. There was the crowd—loud, opinionated, so totally un-tennis like. Those people came to a tennis stadium looking for a heavyweight showdown, and they got one. For three hours, Federer and Kyrgios pounded each other; they were throwing punches with their rackets, never more so than when Kyrgios fired a 118 mile-per-hour forehand (!) at Federer, who coolly parried it with a put-away volley (which was a good thing: if Federer hadn’t gotten his racket on the ball, that Kyrgios uppercut probably would have knocked him down and possibly even out). And in the same way that you can sense, in a boxing match, that neither guy is likely to buckle and that the fight is probably going the distance, it seemed inevitable from early in the third set of the Federer-Kyrgios epic that the outcome would be decided by a tiebreaker. Sticking with the boxing analogy, you might even say that, just like the Hagler/Leonard bout, the Federer-Kyrgios bout ended in a split decision, two sets to one.

But there is still one key distinction between tennis and boxing: in tennis, the result is always determined by the players, never by judges. I don’t watch boxing anymore, but 30 years on, I’m still grousing about the Hagler/Leonard verdict. One of the many pleasures of being a tennis fan is knowing that no tennis match will ever piss me off as much as that fight did.