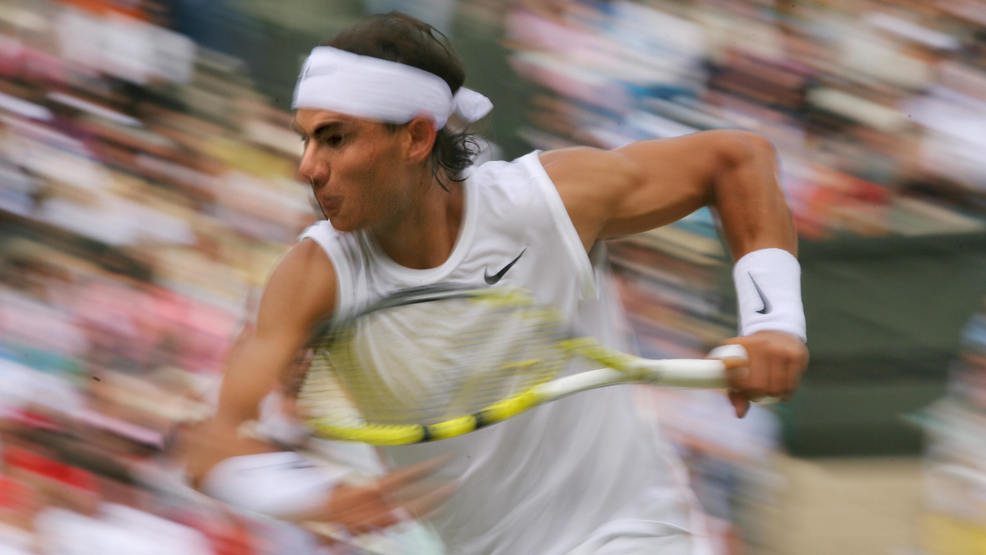 If you’re old enough to remember when Wimbledon matches were shown on tape delay here in the United States and late-round matches were pretty much all you saw of the tournament—and I am old enough to remember those dark times—you will surely agree that these are halcyon days for Wimbledon junkies. Two weeks of nonstop television coverage is heaven (though if you work at home, as I do, the binge-watching can be hell for your productivity). Yes, it would be even better if Tennis Channel were providing all of the coverage from London, but to have eight or nine hours of live action each day is bliss no matter the channel.

Yet, there is one way in which television coverage of Wimbledon has regressed. When NBC signed off from SW19 for the last time, in 2011, it took with it the greatest theme song ever bestowed on a sports event. Do you remember the music that closed NBC’s Wimbledon telecast? If not, let me refresh your memory or—if you’ve never heard it—allow me to make the introduction:

Pretty fantastic, huh? The song’s title is “World Champion”, its composer was Keith Mansfield, and it is the soundtrack to pretty much every Wimbledon memory that I have. It is the music playing in my head throughout the fortnight. Even when I’m at Wimbledon, sitting in the stands or walking the grounds, I often find myself silently humming Mansfield’s tune. I should probably be embarrassed to admit this, but I sometimes listen to it when I want to get pumped up for one of my own matches (I can’t say that it has ever helped me win a match, but it definitely stimulates the adrenaline). Mansfield’s composition lodged itself in my head years ago; I miss having it filtering through my television for two weeks each summer.

As it happens, this year marks the 40th anniversary of the release of “World Champion.” Mansfield is a British composer and arranger and a titan of the genre known as library or production music—recorded music that can be licensed for use in film, television, radio, and other mediums. The 1960s and 70s are considered the golden age of library music, a period during which many now-iconic theme songs were written, and the astonishingly prolific Mansfield was responsible for a bunch of them. He wrote the theme song for the long-running BBC sports show “Grandstand”, which was Britain’s answer to ABC’s “Wide World of Sports”, as well as the theme songs for a BBC soccer show called “The Big Match” and the BBC’s track and field coverage. He also composed the opener for the BBC’s Wimbledon coverage, a song titled “Light and Tuneful” (a slightly odd title, I’ve always thought, suggesting a cutesy description that you might see on a too-clever-by-half wine list. Still, it is a better title than the old “Monday Night Football” anthem. That one was called “Heavy Action,” which sounds like teen-speak for a frisky date).

In 1979, two years after Mansfield released “World Champion”, NBC debuted “Breakfast at Wimbledon,” offering live coverage of the finals for the first time. An American composer, Clark Gault, wrote the show’s opening theme and “World Champion” became its closing music. The producers would occasionally also cue up a snippet of “World Champion” during breaks in the action, especially at critical junctures in a match, when the music would amplify the tension. What made “World Champion” such a brilliant theme song for Wimbledon was that it evoked both drama and splendor, two words that, together, pretty much encapsulate the Wimbledon experience. Just watch this clip, of Rafael Nadal greeting fans after beating Roger Federer in their epic 2008 Wimbledon final (the music starts 25 seconds into the clip):

That music! It lent so much grandeur to that moment and gave added force to the words of Ted Robinson and John McEnroe. If you didn’t get all tingly watching that scene, you should consult a dermatologist.

The sports world has given us a number of memorable tunes—the unfortunately titled “Heavy Action” springs to mind, as does the theme song for the aforementioned “Wide World of Sports”. NBC had a great anthem for golf’s US Open (NBC lost broadcast rights to the tournament a few years ago, and it is now carried by Fox). But for my taste, “World Champion” is the greatest sports theme song ever composed, conjuring the spirit of an event like no other piece of music I have ever heard. It wouldn’t have worked as the theme song for any of the other three majors. But for Wimbledon, it was and remains pitch perfect.

In fact, I would love to see someone resurrect it for their Wimbledon telecast (note to my bosses here at Tennis Channel—that’s both a hint and a plea). It is often said that Wimbledon is all about tradition. “Breakfast at Wimbledon” became an American tennis tradition, and “World Champion” was an integral part of it. Much as I love the first ball-to-last ball coverage that we now get and all the sights and sounds of Wimbledon, there is one sound that is missing, and Wimbledon just isn’t quite the same without it.