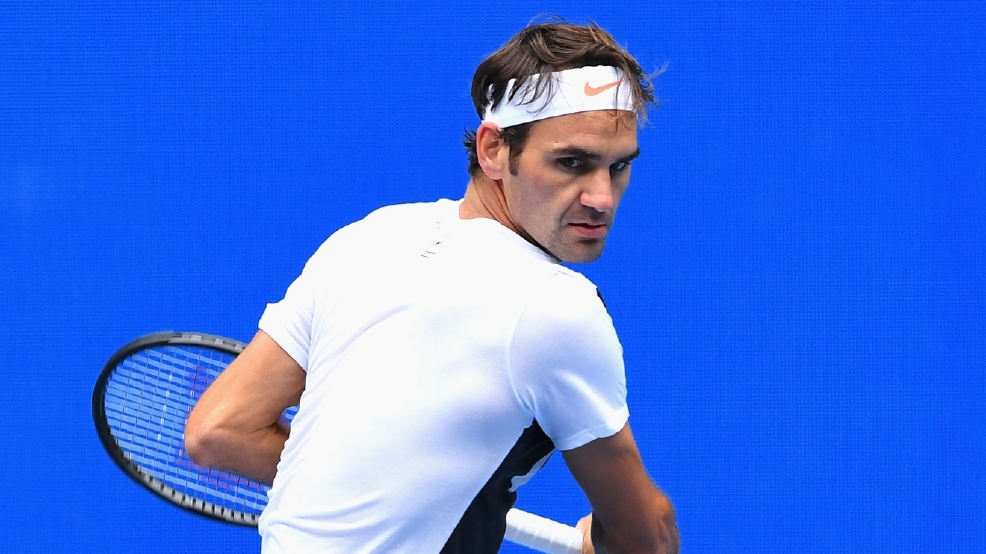 The Australian Open produced such a feel-good, cathartic final weekend that it seems almost beside the point—and small-minded—to talk about what the results mean. Roger Federer suggested as much during the trophy ceremony last Sunday night, when he said he wished that his match against Rafael Nadal could have ended in a draw. Under any circumstances, having the Williams sisters in the women’s final and Federer and Nadal in the men’s would have been incredible. Given the current state of things here on Planet Earth (to put it as delicately as possible), it was a Godsend, the heavens throwing us a bone.

But while the tournament granted us relief from the headlines, it also crowned a couple of champions, and now that the warm glow of Melbourne has faded, it is time to talk about what these victories meant for the winners. In defeating her older sister, Serena Williams notched her 23rd grand slam singles title, breaking Steffi Graf’s modern-era record. In besting his longtime foe Nadal, Federer won his 18th slam, adding to his record haul of majors. However, there was deeper meaning to these title runs than just the milestones that they represented. For very different reasons, Williams and Federer needed these wins to cement their legacies, and with their victories, they have made it much harder now to deny them GOAT status.

Those reluctant to grant Williams that distinction have often claimed that she has benefited from weaker competition than Graf faced. Prior to the 2015 US Open, the quant jocks at 538, Nate Silver’s site, used ELO analysis to try to measure the quality of the opposition that Williams has faced relative to other eras, and they found that she has had a slightly easier ride than not only Graf, but also Chris Evert and Martina Navratilova. But has Williams had a slightly easier ride because the competition was weaker, or because she was so much better? While it is certainly true that Williams has never had to contend with players of the caliber of Navratilova and Monica Seles, who were Graf’s two greatest rivals, the women who have challenged her at various points in her career—Justine Henin, Kim Clijsters, Maria Sharapova, Venus—have hardly been pushovers (together, they combined for 23 grand slam titles). It is also the case that the women’s game is much deeper now than it was a quarter-century ago.

But here’s another wrinkle: Graf won her 22 slams in the span of 13 seasons, and 21 of those victories came in just a 10-year stretch. Pretty staggering, huh? By contrast, it took Williams 16 seasons on tour to notch her 21st major. If you agree that Graf faced tougher competition, then her efficiency is all the more impressive. On the other hand, Williams has displayed incredible longevity, and given that the road to a grand slam title is a lot more congested now than it used to be (in Graf’s day, there was not enough depth in the women’s game to justify 128-player draws; that is clearly no longer the case), her indomitability is even more remarkable.

This kind of point-counterpoint discussion has been going on for years, and had Williams fallen just short of Graf’s mark or remained tied with her, it would have continued probably forever. But I think that with her victory in Melbourne, Williams settled the issue. Graf’s record—22 majors!—was amazing. Those of us who saw Graf in her prime surely never imagined that her record would be broken in our lifetimes. Like Joe Dimaggio’s 56-game hitting streak, it looked to be one of those sports milestones that would prove to be virtually unassailable. But at the age of 35, 18 years after winning her first major, Williams has now gone Graf one better, and it is such a Herculean accomplishment that it really should settle the GOAT question. If, as now seems inevitable, Williams tops Margaret Court’s record-but-not-really-the-record of 24 slams, it will merely solidify her standing as the greatest women’s player ever.

If the problem for Williams was the absence of a Seles-like or Navratilova-like rival, Federer’s problem was a rival who proved to be too good. When Federer started dominating the men’s game, back in 2004, he was facing somewhat weak competition. Andy Roddick and Lleyton Hewitt were excellent players, but they were never going to provide a sustained challenge for Federer. In Nadal, he found a worth foil. But like the designated pacesetter in a marathon who forgets to fall back or drop out and instead wins the race, Nadal ended up not playing the part he’d been assigned. First, he thwarted Federer at the French Open, repeatedly denying him the major he needed to complete a career slam. Then, in 2008, he dethroned Federer at Wimbledon. Six months after that, he beat Federer at the Australian. The script had completely flipped: it was the Spaniard who had become the main beneficiary of the rivalry. For Federer, Nadal was a nightmare, a point he conceded during the trophy ceremony in Melbourne in 2009, when he broke down in tears and said, “God, it’s killing me.”

Nadal routinely outplayed Federer at the majors (coming into this year’s Australian, he had beaten him in six of the eight slam finals they had played and all three times that they had met in the semis of a slam), and he usually beat him at non-majors, too. The head-to-head record became so lopsided in Nadal’s favor—after he beat Federer in the semis of the 2014 Australian, he was up 23-10 in career meetings—that even the most ardent Federer loyalists had to concede that his claim to GOAT status was tenuous. Sure, 13 of Nadal’s wins came on clay, his best surface. But still: how could Federer be considered the greatest player of all time when the data indicated that he was not even the greatest player of his own era?

When Federer reached the finals at this year’s Australian, he expressed enthusiasm at the prospect of playing his longtime foe for the title. Surely, though, a part of him must have been thinking, “Really? Him again?” But another shot at Nadal in the final of a slam was exactly what Federer needed. Had he beaten anyone else in the final, it would have been an extraordinary feat given his age and the fact that he had just returned to action after six months off on account of injury. However, his victory in Melbourne was vastly more consequential because Nadal was the guy on the other side of the net. And it wasn’t just that Federer won; it was how he won. Nadal is one of the toughest competitors the sport has ever seen, and the longer a match goes, the tougher he usually gets. When Nadal went up 3-1 in the fifth set last Sunday night, it looked as if Federer’s improbable run to the final would end in yet more torment at the hands of his nemesis. But this time, Federer flipped the script on Nadal, playing five brilliant games to seize the match.

Federer and Nadal have played just three times in the last three years, and with Federer now in his mid-30s, it is doubtful that he is going to be able to significantly narrow the head-to-head gap before he retires. But with his win in Melbourne, that deficit no longer seems quite as damning. In all likelihood, Sunday’s match was the last major final Federer and Nadal will ever play against one another, and if that turns out to be true, Federer will have had the last word, and an emphatic one. As beautifully as Federer has played the game, a lot of tennis junkies wavered on the GOAT question because of his difficulties with Nadal. To see him beat Nadal in the final of a major a decade after he last did so; to see him beat the Spaniard in a hard court slam (the closest thing to a neutral surface for the two of them); to see him avenge those tears from 2009; and to see him do it by being grittier than Nadal—I suspect a lot of fence-sitters are no longer on the fence. I know I’m not.

With Serena vs. Venus and Roger vs. Rafa, the Australian was appropriately dubbed the Throwback Open. It might also be known henceforth as the GOAT Open, since it arguably settled the GOAT debate for both the men and the women.