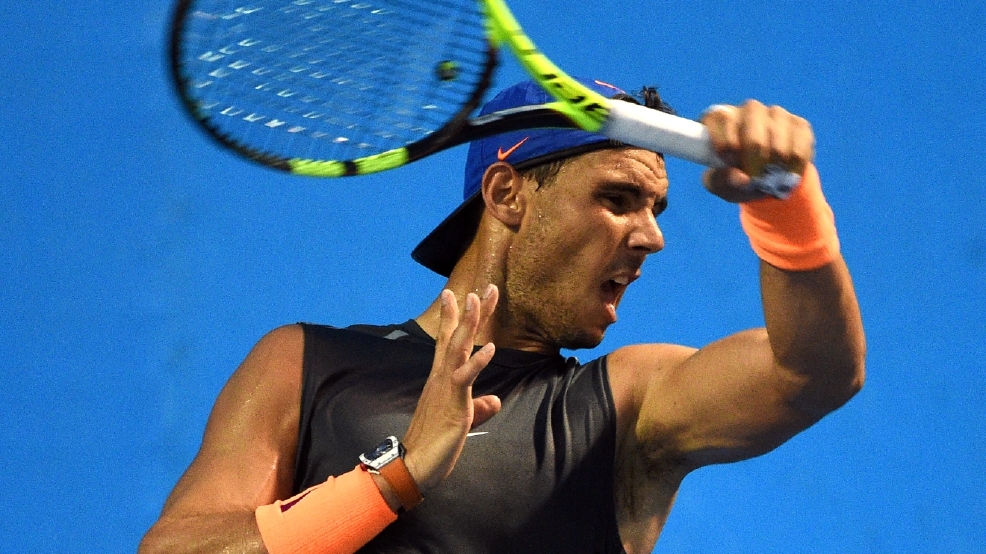 There is an argument to be made—and it has been made many times—that the Australian Open is scheduled too early on the calendar. We’re still taking down Christmas ornaments (or putting off taking them down) when the first ball is struck in Melbourne. No question, the Australian arrives a little abruptly. But for those of us in the Northern Hemisphere, it is an excellent antidote to the post-holiday blahs. The other good thing about having a major so early is that it gives some definition to the new season, setting up story lines and themes for the rest of the year. Here are seven takeaways from this year’s Australian:

-On Wall Street, they use a gruesomely evocative term to describe slight rebounds during a bear market: that kind of brief upswing is known as a dead cat bounce. Rafael Nadal’s style of play is hardly feline (he’s more like a rampaging bull—and please forgive all the animal metaphors) but was his run to the finals in Melbourne a dead cat bounce—a flicker of glory from a player in terminal decline—or the start of another Nadal renaissance? We’ll know soon enough. If he wins the French or at least makes it to the final, we can conclude that he is back. If he falls short of that in Paris, it will be a strong indication that Melbourne was an aberration and that the 30-year-old Spaniard is just about a spent force.

-Angelique Kerber had an incredible 2016, winning two majors (the U.S. Open and the Australian), reaching the final of another (Wimbledon), and ending the year as the number ranked player. She surely wishes that 2016 never ended, especially now that we are a month into 2017 and she’s lost her Australian Open crown and the number one ranking. Her fourth-round drubbing in Melbourne at the hands of CoCo Vandeweghe was a dispiriting end to the start of the season. At 29 years old, Kerber can’t really afford to have a sophomore slump, and it would be unfortunate for tennis if she did have one: she plays a very entertaining game—quirky counterpuncher would be an apt description—and has proven to be an excellent foil for Serena Williams.

-Credit where it is due: a friend of mine named Chris Jauffret, who is a sensational amateur player and whose father, Francois Jauffret, is a French Davis Cup legend, got me thinking about this. Chris and I were talking about the Australian, and he made an interesting observation: three of the four singles finalists—Roger Federer, Rafael Nadal, and Serena Williams—sat out the entire fall season. Did all that time off contribute to their success in Melbourne? Was this a case of cause-and-effect? Chris thinks so, and he may well be right. Pro tennis has never been more grueling, and it seems that injuries have never been more prevalent (yet more cause and effect). The most rested players won the Australian—will other players see a lesson in that, and will they adjust their schedules or push to lighten the tennis calendar?

-Has Grigor Dimitrov’s moment arrived, or is this another false dawn? Dimitrov probably wishes the ATP Tour would spend all of 2017 in Australia: he had a sensational Antipodean swing, winning in Brisbane and then reaching the semis in Melbourne, where he lost to Nadal in an enthralling five-setter. With Milos Raonic and Kei Nishikori, Dimitrov is part of a troika of next-gen players that was supposed to challenge and ultimately supplant the Big Four. That hasn’t happened, and Dimitrov, 25, has been the biggest disappointment of the three (in part because he’s arguably the most talented of the three). Apart from reaching the semifinals at Wimbledon three years ago, the Bulgarian has consistently fallen short of expectations. But he exceeded expectations in Australia, and he did so because he played with a degree of self-belief that he has never before displayed. Will it last? If it does, he demonstrated in Melbourne that he now has the game to win majors.

-You can’t really say that Nick Kyrgios’s second-round exit was a huge surprise. His opponent, Andreas Seppi, is something of an upset artist in Melbourne: he took out Federer in the third round two years ago. And while you never quite know what you are going to get from Kyrgios, it is safer at this point to err on the side of low expectations. The fundamental problem with Kyrgios is the imbalance between, on the one hand, his talent, which is prodigious, and on the other hand his commitment, desire, and maturity. It was encouraging to hear him acknowledge during his presser after the Seppi match that he could use a coach, and it appears now that he wasn’t paying lip service to the idea: last week, Lleyton Hewitt told reporters that Kyrgios is in talks with several potential coaches. Krygios is still young—he turns 22 in April—but is now running up against the limits of what he can achieve on his own, on the strength of raw talent alone. If the Seppi loss really did persuade him to hire a coach, then the Australian was a successful tournament for him, even if the draw sheet indicate otherwise.

-Donald Trump was inaugurated during the first week of the Australian. Apart from a very pointed anti-Trump t-shirt that Kyrgios wore at an exhibition in Sydney, most players scrupulously avoided the subject. But for a lot of fans, the Australian, the first major international sports event to be held amid all the angst and uncertainty of this new era, was a tonic, a much-needed and greatly appreciated distraction. However, as we saw during the Super Bowl, there’s really no escaping politics now, and if events continue on their present course, it will be interesting to see how tennis, one of the truly global sports but also one in which the athletes tend to be especially cautious about what they say, responds.

-Lastly, a related point: with Serena vs. Venus and Roger vs. Rafa in the finals, this year’s Australian was one of the most gratifying majors we’ve seen in a long time. This was, to put it mildly, in stark contrast to last year’s Australian, which was overshadowed by accusations of rampant match-fixing. That scandal set the tone for the entire season—not long thereafter, Maria Sharapova was suspended, Nadal was sidelined by an injury and then Federer, too. We can only hope that this year’s Australian proves to be every bit as much a bellwether.