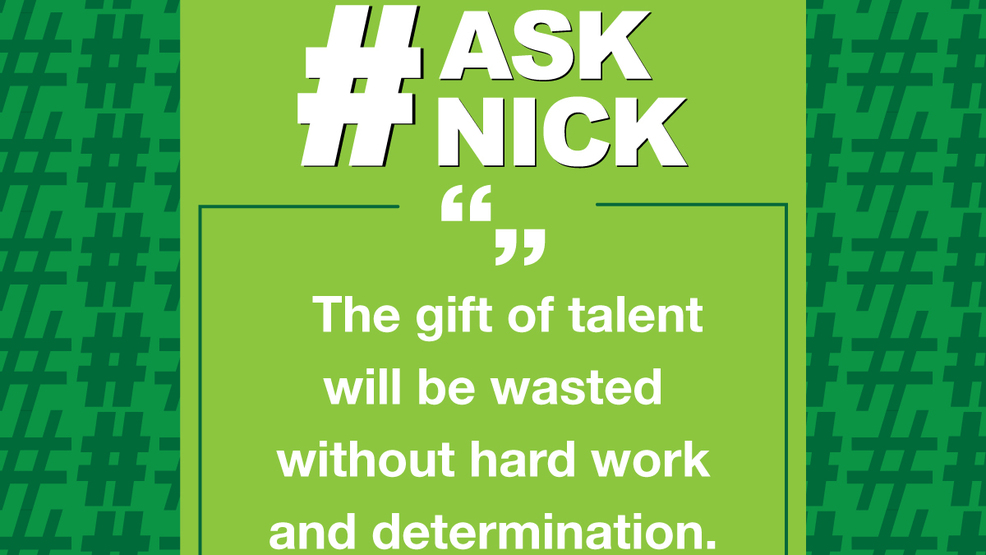 #AskNick: Never Be Afraid of Losing!

As the 2014 Eddie Herr International Tournament began, a large junior tournament held annually at the IMG Sports Academy, I personally watched the pre-qualification matches. Nearly 800 players from 80 countries along with another 200 main-draw players filled our 56 tennis courts in search of one of the eight division titles.

I watched as many players allowed their nerves to minimize their performances. This fear of losing visibly diminished usually reliable strokes. This phobia is evident, not only in tennis, but in virtually every aspect of life. As it relates to tennis, you would be wise to realize that every loss can be a lesson that, if learned, can improve your game. If the score is your only measure of success, you will undoubtedly be a loser because everyone loses more often than they win when learning to play. There’s an old saying that “winning tells something of your character, but losing tells everything about it.” Another famous quote is, "nothing great has ever been achieved except by those who dared believe something inside them was superior to circumstances."

I urge all of the parents of junior players to avoid using the score as a gauge to success. Instead, I encourage you to urge them to be satisfied with their best effort in everything that they do. If they give 100% and fight for every point then they are winners, regardless of the score. And remember, the results of their best effort can be different from one match to another.

Let’s go back many years to the era that I was getting started as a teaching pro in North Miami Beach, Florida. Right up the road in Ft. Lauderdale there was a coach whose name was Jimmy Evert. His philosophy was that ”in losing at tennis, a child should never feel that the loss was a failure.” The greatest motivating force in Chris Evert’s tennis career was her father. She confided that there was just one big reason why she wanted to play tennis and why she put everything she had into it. That motivating force was remembering her dad’s admonition, “Don’t be afraid to lose.” Another great example was Tracy Austin’s mother, Jeanne. Her mom often told her that sometimes a loss might be better than a win because if you win all the time then you start thinking that you don’t have to work so hard and begin to take things for granted. Remember, a loss here and there delivers a message loud and clear: Work harder, learn more and do more!

In conclusion, I offer this advice to parents, grandparents, coaches and anyone else mentoring children. Negative words and subtle negative comments can be very damaging to a child. You can and should demand 100% effort from your student/player and you should not tolerate excuses. If the total effort was there and they lose, the opponent was just better that day. Let’s do it again tomorrow!-----

About Nick:
In 1978 Bollettieri founded the Nick Bollettieri Tennis Academy, now known as IMG Academy, the first full-time tennis boarding school. He has coached 10 World No. 1 players including Andre Agassi, Jim Courier, Venus and Serena Williams, Boris Becker and Maria Sharapova. Along with his success as a coach, he has received countless honors, among them induction into the International Tennis Hall of Fame, United States Olympic Committee National Coach of the Year award and the ITF Lifetime Achievement Award. Bollettieri is widely considered to be one of the most influential people in the sport’s history.