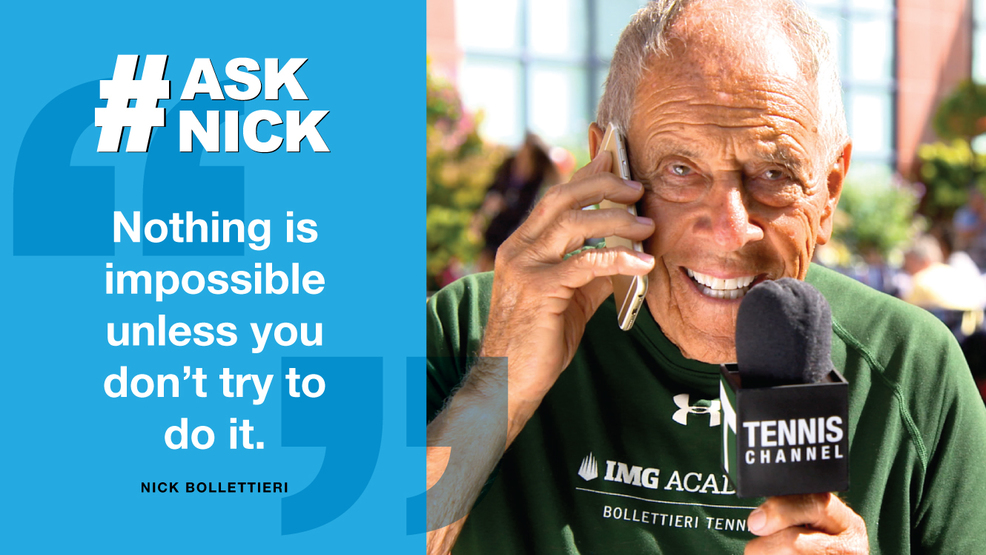 #MondayMotivation: "Nothing Is Impossible"

This week's #MondayMotivation by the legendary Nick Bollettieri is: "Nothing is impossible unless you don't try to do it." It is obvious first class tennis stars such as Roger Federer, Rafael Nadal, Serena Williams, Venus Williams, Maria Sharapova, Novak Djokovic, and Andy Murray subscribe to this philosophy as they have defied the odds to get to achieve their utmost goals.

Whatever dreams one has, whether it's on or off the court, nothing is impossible unless one doesn't try to do it!