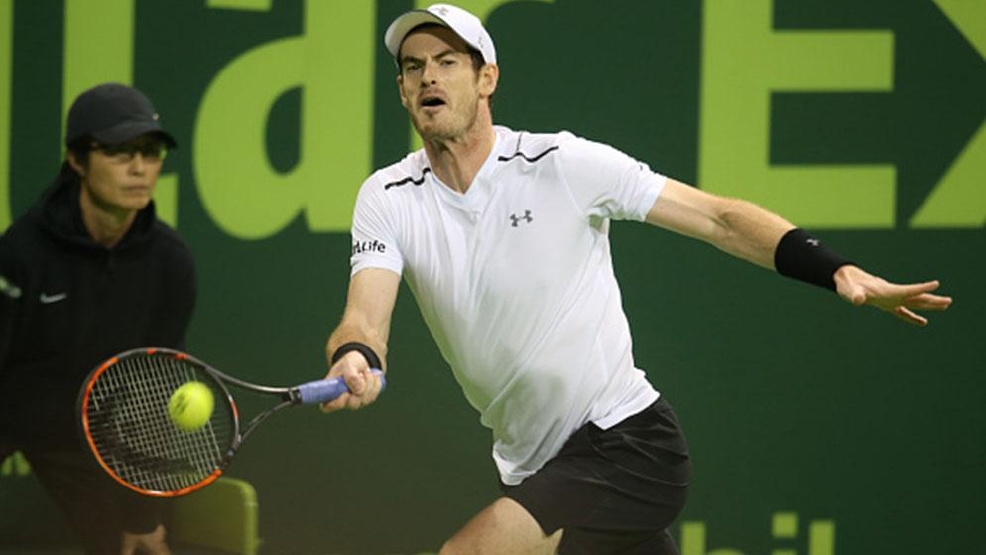 It was the fourth of five match points that Novak Djokovic had to save against Fernando Verdasco in the semi-final of the ATP event in Doha last week. It happened at 6-3 to the Spaniard in the tie break and it lasted 31 strokes.

The rally which stretched both men to their limits may yet turn out to be one of the most significant points of the year on the ATP tour. Had Djokovic lost it, the Australian Open would have started at Melbourne Park on a completely different keel.

Obviously, Djokovic would not have won the title and, just as obviously, he would not have had the chance to gain a measure of revenge against Andy Murray, his old rival who has usurped his position as No 1 in the world.

But there is more to it than and it is all psychological. For the latter half of 2016, Djokovic’s mind went walk about – a favorite Australian phrase for someone who loses focus. His press conferences towards the end of the year became almost whimsical. He was off on a different mind set and it came as no surprise to me that Boris Becker left the Serb’s camp. The newcomer, the Spanish guru called Pepe, was never going to be Becker’s best buddy.

So imagine where Novak’s mind would have been had he lost to Verdasco. In all probability, the super fit and newly knighted Sir Andy would have won the title and would have arrived Melbourne on a run of 30 straight victories.

That is not the scenario now. Djokovic, clearly, has regained his focus. You do not win a 31 stroke rally at match point down if your mind is wavering. Nor do you recover from failing to serve out the match in the second set against Murray in the Doha final and dominating the third. That is the real Djokovic and, as a result, Sir Andy’s task of trying to with the Australian Open after failing in five finals, has become that much harder.

It sets up 2017 as a year that could well become all about these two extraordinary players and athletes. An absentee in Melbourne, Juan Martin del Potro, could yet become a factor if he returns in Delray Beach next month fully fit and, of course, who knows what Roger Federer and Rafael Nadal have left in the tank after a spluttering year they will both want to forget.

Both these two champions, who remain two of the most popular athletes on earth, seem to be ready for the challenge of climbing back up the ATP rankings to more familiar positions. Both Federer, who finished last year at No 16, and Nadal who was at No 9, had occupied the top two spots for the at least a decade. The ranking pinnacle may be out of their reach but, equally, it is just possible both have another Slam in them if luck went their way.

It was clear from the way he talked at his press conference here yesterday, that Federer is thrill to be back. “I guess you do miss the matches,” he said. “You miss he feeling of winning, of walking onto a stadium, seeing the guys. You know, it’s like an extended family. It’s probably the same for you. It’s just nice to see everyone again.”

Here in Melbourne, Federer may have to deal with Murray in the quarters if both get that far while Nadal is in Milos Raonic’s half and the big Canadian is a real contender. Before that, however, Rafa could find himself facing Sacha Zverev as early as the third round and the young

The young generation is on the march in the men’s game and it will interesting to see what happens if 14th seeded Nick Kyrgios meets the reigning US Open champion, Stan Wawrinka, who won the title here in 2014 in the quarter finals. Kyrgios, an alternative character, could be poised to show just what an asset he could be to the game in the coming months. The potential is huge but you never know what you are going to get from Wawrinka.

I thought Grigor Dimitrov was getting down to business when I watched him train with Murray at Key Biscayne last month and he proved it by winning the ATP title in Brisbane a couple of weeks ago. We have known about the talent for years and this could be moment when the likeable Bulgar exploits it to the full. Djokovic knows he will have to be at his best if they meet in the quarters.

It will be experience versus youth when the Luxembourg left hander Gilles Muller plays the Californian teenager Taylor Fritz in the first round. Fritz finished last year at 76 in the world and seems destined to make a big advance on that in the near future. Fritz is in the same quarter of the draw as two other Americans from whom much is expected, Jared Donaldson and Michael Mmoh.

The weather forecast says that the heat is on its way and the intensity of the competition on court will certainly match it. If Sir Andy and plain old Novak – who could be President of Serbia right now if he wanted -- end up meeting for the third straight year on Rod Laver Arena get ready for a feast of brutally skillful tennis.

The women’s event is up for grabs which is not something one has been able to say over the past eighteen years when Serena Williams has been in the field. But the 35-year-old’s return to action in the New Zealand Open ten days ago was not auspicious (she lost to Mdison Brengle who plays fellow American Alison Riske first up here) and, as she told us yesterday, she intends to improve on that because, ‘well, I can’t get worse.”

Serena looks good and her mind seems to be on the job. When asked about her recent engagement to Reddit co-founder Alexis Ohanian, she smiled, looked a little dewy-eyed for a second but quickly snapped back into Grand Slam mode and insisted that affairs of the heart were going to take second place to the business of trying to win the title over the next two weeks. “I’m going to be a little selfish and concentrate on my tennis,” said Serena, possibly emphasizing the point by not wearing her engagement ring.

Her opposition will be varied and somewhat untested at this level. The exception is Angelique Kerber, who upset Serena in last year’s final here and went on to claim the US Open crown as well, making her a worthy world No 1. But her form since has been erratic. Dominik Cibulkova, who upset her in the final of the WTA Championships in Singapore and was a finalist here in 2014, would seem capable of going one stage further this time around.

But many experts would prefer the chances of the slim Czech, Karolina Pliskova who crushed Alize Cornet in the final of Brisbane to back up a stellar year that saw her finish at No 6 on the WTA rankings after beating Kerber to win Cincinnati and then lose to Kerber in the final of the US Open.

But Britain’s Johanna Konta is also gaining fans by the week and seems equally capable of taking a major leap forward. This athletic, hard-hitting player has just added her second career WTA title to her growing list of achievements by crushing Agnieszka Radwanska, whowill be seeded third in Melbourne, 6-4, 6-2 in the final of Sydney where she was not lacking in support. Konta was born there and still has family residing in the city.

And then there is French Open champion and No 7 seed Garbine Muguruza who is in Kerber’s half and has a relatively easy draw if she can play to her full, but as yet unfulfilled, potential.

Can Serena, pushing romance out of her mind, handle all these contenders and grab her seventh Australian Open title and 23rd Slam overall? Second guessing this amazing performer is a fruitless task so we will just have to sit back and await developments as a new year kicks off with tantalizingly unanswered questions from young and not so young in both the men’s and women’s game.