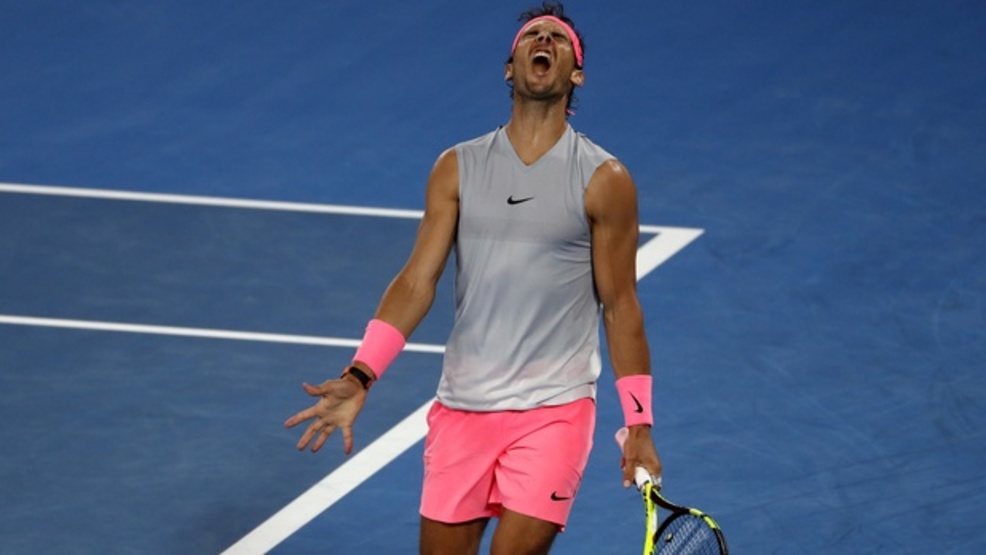 If Rafael Nadal and Novak Djokovic were as good at baseball, basketball or just about any type of ‘football’ you care to choose, the fact that both left the Australian Open before the semifinal stage with infirm bodies would have had very little effect on their bank accounts. Contracts would have made it virtually immaterial. But they play tennis, and that makes their pay structure completely different.

When Alexis Sanchez recently signed with Manchester United, his contract guaranteed him 350,000 pounds ($493,000) a week for four years. He will receive that whether his team wins or loses, whether he gets injured after his first game or displeases the manager so much that he gets dropped. Every week of the year he will become almost half a million dollars richer.

Federer and Nadal can make that kind of money, but only when they play. The difference is huge and it needs to be taken into account when tennis players ask for more money. If any player, at any level, gets injured and cannot play, he gets nothing. $0.00. Of course, superstars have big endorsement contracts so they never starve. But not so much the further you go down the rankings. For players ranked below No. 150 in the world, a first-round loss means that you are struggling to pay your hotel bill.

And not just your hotel bill. Chances are you will have gone through the hassle of personally mapping out a schedule for the year, of booking your tickets as well as paying for them and, of course, paying for the traveling coach that is almost mandatory for any player trying to fight their way up the ranking list. You will have entered a rather scary, lonely world far removed from the cozy, closeted atmosphere of a basketball or soccer team where you are immediately enveloped by a staff of managers, coaches, advisers and physios who look after your every want. Need to get to Sydney, Cincinnati or Stockholm? You don’t even have to know where they are. The travel guy will take care of that. Just show up for the bus.

So tennis players need to be individuals capable of doing many things for themselves. Only when they start winning a lot of matches will they earn enough to hire people to help them. And entry path is not easy. Any parent will tell you how heavy the demands can be on a family when the player is still a young teenager needing to be driven to tournaments to try to get a footing on the ladder that leads to stardom.

So when Novak Djokovic gathered the players together at the end of the ATP meeting in Melbourne so that the question of prize money and creating a players union could be discussed, it threw a perfectly legitimate spotlight on a subject that is obviously paramount in a player’s life.

It must be said that Djokovic was very coy about all this in one of his post-match conferences and rolled back on most of the stories that members of the media had been hearing from numerous, very well-placed sources. But, if there are queries about a few details, there can be no denying that the general topic of money and unions became the hottest talking point around the corridors and player areas underneath Rod Laver Arena during the first week of the Australian Open.

There is no doubt that the four Grand Slams make a fortune and that, compared to other major sports, they pay the players a relatively small percentage of it. Around 15 percent would be average for a Slam. In major U.S. sports, the players get upwards of 40 percent. The difference, of course, is that Wimbledon, as a private club, and the other three Slams which are owned by national federations, help fund grassroots tennis in their respective countries. So there has to be a balance but, from the players' point of view, more could be done to ensure that there are more players earning a decent living from the game. Considering that tennis is the second-most internationally watched and played sport in all corners of the globe, it is ridiculous that barely 200 men and about 150 women are able to improve their bank balance at the end of each year after expenses.

It should be emphasized that when Djokovic speaks, he is not just asking for a pay rise for himself and his fellow millionaires at the top of the tree. About four years ago, Djokovic, Nadal, Roger Federer and Andy Murray asked to meet with all four Grand Slam chairmen during the tournament at Indian Wells. What they asked for was an increase in prize money in qualifiers and the first and second rounds. In other words, they were taking time away from their practice schedule at a big ATP event to go to bat for the supporting cast—the journeymen and the youngsters who desperately needed the money. The Slams agreed and prize money in the early rounds went up by roughly 30 percent.

Djokovic reiterated that point in Melbourne. How he intends to proceed will become clear as the year unfolds but, using the game’s history as a guide, it is useful to remember that nearly all the major changes in this sport have been initiated by the players. If the ATP’s Wimbledon boycott in 1973 did anything (and it actually changed the game) it proved that, once the players become united and focused, they can lead the game in any direction they want.

What tennis needs is something one person cannot orchestrate—it requires a handful of intelligent and committed players at the top. In the early 1970’s, the likes of Cliff Drysdale, Arthur Ashe, Mark Cox, John Newcombe, Charlie Pasarell, Ismail El Shafei, Stan Smith and Jim McManus created the ATP and, by means of the boycott, eventually ensured that players would have a seat at the table whenever decisions were required. The suffocating hold of the International Tennis Federation was broken forever.

In 1990, at the urging of players like Raymond Moore and Harold Solomon, the players and tournament directors broke away from the ITF and formed the ATP tour under the leadership of Hamilton Jordan and then Mark Miles. Everyone knew they would make uneasy bedfellows, but Miles, with his skillful chairmanship, managed to hold it all together.

The time may have arrived for a logical split to occur and there is no doubt that, once again, men’s tennis has an exceptional group of people at the top. It is not only on court that the game has benefited from the presence of Federer, Nadal, Djokovic and Murray. They care and they are prepared to spend the time improving the sport off the court.

There is no logical reason why the players should not have their own union with their own bargaining power. It will work because it has to work. The players need the tournaments as much as the tournaments need them. They might squabble, but they will reach an agreement over things such as prize money.

Venus Williams has also been active in pressing for equal prize money for the women which is here to stay, no matter what male players say about it. In matters of money, the men and women could get together and negotiate as a block. There is always strength in numbers.

Everybody who loves the game should be working to ensure that it becomes a more attractive career option for a young athlete. We are in a highly competitive business and, frankly, other sports would appear to offer a quicker path to success, even if you define success as merely doing well at a moderate level. Few are going to win Grand Slam titles, but making a living as a pro should be easier.

To take soccer as an example: many sports-obsessed kids with athletic bodies and some above average skills with the ball can, if they are sufficiently dedicated, get taken on by a club in any of the top leagues in say, Britain or Germany, and find themselves earning $10,000 a week with free coaching and all expenses paid. For a 19 or 20 year old, that is very nice money. But if there was something similar to an ATP ranking in soccer, you would find him ranked somewhere around 5,000 in the world. The No. 300-ranked tennis player is lucky to find two tournaments a month enabling him to win $10,000, even if he wins it.

The gap is huge and it needs to be narrowed.