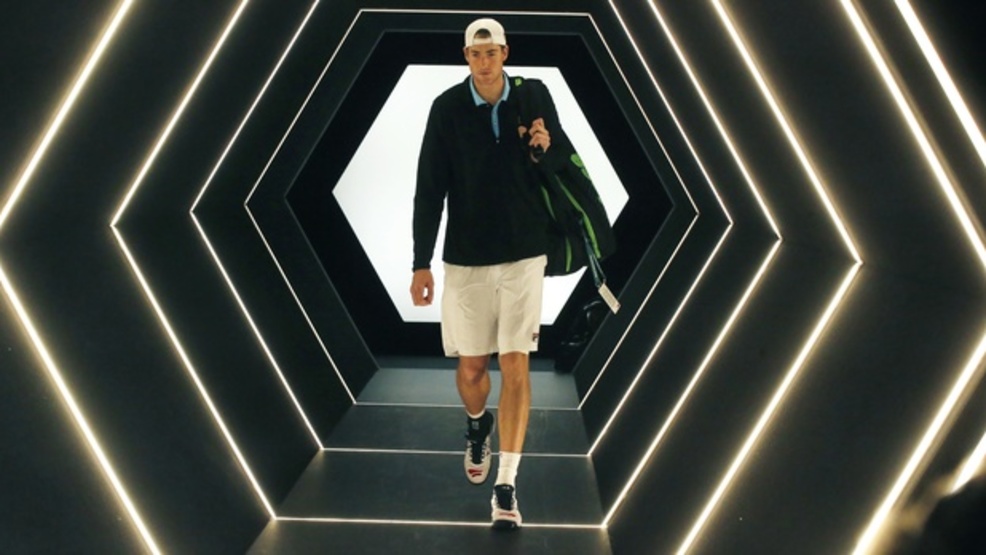 Steve Flink: Introspective Isner Focusing Firmly on '18 - 'I Know What I Have to Do'

Athletes are judged primarily not on what they have accomplished over the short term, but for the way they have performed across a longer period of time. That is the authentic test, the crucial measuring stick, the only barometer that can be used to accurately assess a player's historical value.

Tennis players with the right set of priorities want to stretch their talent as long and far as it will go. They hope to remain enduringly productive, knowing the windows of opportunity won't stay open indefinitely, realizing that time can turn from a friend into an enemy—sometimes slowly yet often swiftly.

No one understands this competitive minefield better than John Isner. The 6'10" American is 32. He turned pro back in 2007 after a distinguished college career at the University of Georgia, and has spent the past eight years entrenched among the ATP Top 20. Spending that amount of time in such lofty territory is remarkable, but Isner isn’tt content to settle for the same status as he maps out the next year and beyond in his mind.

“It is very hard to stay up there in the Top 20,” a philosophical Isner told me recently. “Eight years of doing that is difficult. It is my biggest accomplishment. I could never have imagined doing that when I turned pro, not at all.”

Isner pauses, and then adds, “On the flip side, though, I have been very close to finishing a year in Top 10, this last year in particular. It just goes to show how small the margins really are. You have a guy like Jack [Sock], who took advantage of that tournament in Paris at the end of 2017, whereas I didn't.”

In that Rolex Paris Masters, Isner willed his way through three rugged matches in a row, defeating Diego Schwartzman, Grigor Dimitrov and Juan Martin del Potro to reach the semifinal round. He then built a 4-2 tie-break lead in the final set against Filip Krajinovic, but would only win one more point. Twice in that stretch, he served-and-volleyed unsuccessfully. Heartbreakingly, Isner bowed out 6-4, 6-7 (2), 7-6 (5), losing a chance to square off against Sock for a place in the ATP Finals at London.

“I lost in the semifinals, and Jack won it, and he made it [into the eight man field in London],” says Isner. “So he went from 20-something in the rankings into the Top 10. I just have to keep putting myself in the right positions throughout the rest of my career. I can play some very good tennis going forward. I know that."

Did that defeat linger for a while in Isner's psyche? His reply is unequivocal.

“It did,” he says, "for a long time. I didn't sleep too well after that match. It was very difficult to swallow, but that is what makes playing sports so beautiful in a sense. It can be agonizing if you care a lot about it, and I do. So that one was tough.

“The good wins are still great, and you are on cloud nine when that happens, but the losses sting. You have to take the good with the bad. I am very fortunate to be doing what I am doing.”

If all goes according to plan, Isner could climb into the Top 10 during the first half of 2018. He will also, of course, be hoping to advance deep in the Australian Open draw. In 2017, he was beaten in a bruising, five-set, second-round showdown against Mischa Zverev. He has never been past the fourth round in Melbourne across his career.

After returning to North America, Isner will be one of the headliners at the inaugural New York Open on Long Island. And he is looking forward to that appearance.

“Any time you get to come to New York and be near New York City, that is a very cool opportunity,” says Isner. “To have that tournament on my schedule is an absolutely perfect setup.

“We are going to play on a black court. It is the first ATP tour event to be played on a black court, which I think is cool. It will be similar to the one we played on in Prague at the Laver Cup. I am very excited about playing in the New York Open.”

The big fellow is buoyed in many ways by the fact that so many players have flourished in their 30s over the last five years. That inspires Isner as he heads into the next couple of years, searching for triumphs of a magnitude he may never have known before.

“It has changed a lot,” Isner reflects about the tour. “Ten years ago, when I first turned pro, if you would have told me I would be playing at a very high level at 32, I would not have believed you. But I am seeing these guys older than me doing so well, and the one person everyone tries to emulate is Roger [Federer]. Seeing how he is going at it at an advanced age is very cool and inspiring.

“So, for me, it puts a lot of importance on eating well, sleeping well, stretching and massage. If you do all of those things and keep yourself right, I think I can stay on the court for a long time—especially with how my game is set up. I am not built on winning long rallies like Rafa [Nadal] and [Novak] Djokovic and other guys are.”

Isner's capacity to end points quickly and decisively, both with his serve and forehand, give him a distinct advantage over other rivals trying to lengthen their careers. He is encouraged by that fact.

“I really think it does help me that I play the way I do,” he says. “It is even more important towards the end of my career to be playing shorter points. But that is much easier said than done. Everyone says that I should get to the net as much as I can. They are right. But there is a lot of tension out there when you are playing, and it is tough at those times to go for your shots.”

Isner fully realizes that dealing with tight situations and competing on his own terms will be crucial over the next couple of years.

“I need to take the pressure off of me throughout the rest of my career,” he says. “I have played matches where I have put a ton of pressure on myself. That is not healthy. It is not the right way to go about it. I have done a lot, and I am proud of my career. I look at it as whatever I accomplish going forward is just icing on the cake.”

Another reason Isner might be more motivated as he heads into 2018 is because he is now married, to jewelry designer Madison McKinley. Their wedding took place in South Carolina on December 2 and was, as Isner puts it, “a life-changing experience.”

“My marriage and my career are my two top priorities,” he explains. “God willing, we will hopefully have a family going forward. I put that above everything else.

“The wedding was cool. We probably had more than 200 people there, so it was fairly big. I had a lot of tennis friends and college friends there like Steve [Johnson], Jack Sock and Sam Querrey. James Blake and Robby Ginepri were there. Mardy Fish and Andy Roddick could not make it, but Jim Courier was there. It was really cool to see my friends and compatriots there to celebrate our big day. It was a life-changing experience.”

Asked if his wife will continue to travel with him most of the time, Isner answers, “She has got some priorities as well [with her work] but I do think she will come to Australia and to the New York Open with me. She has a lot of friends in New York and she has some things she can do there. She has the luxury to go on the road with me, but it won't be every week, which I actually think will be healthy. She has got a lot on her plate, and that is a good thing in my opinion.”

Towards the end of our interview, I wanted Isner to tell me what his one wish would be for 2018 if he could wave a magic wand—what does he most want to achieve? He replied unhesitatingly.

“I would like to make it to a Grand Slam semifinal, and also win a Masters 1000 tournament, where I have been painstakingly close to doing it throughout my whole career. It is about taking the court with the right mindset. My game is there. A lot of it is mental, and some is physical. I know what I am capable of doing, but that can actually play against me. I am capable of beating anyone on any given day, but I am also capable of losing to anyone on any given day.”

Isner believes he learned a lot about himself over the past year, and wants to use that to his full advantage in 2018.

“I want to go out on the court now knowing I did everything the right way. I know I am going to lose this coming year, but I want it to be the right way. I can certainly live with that. It is the matches you lose—where you know you could have done things differently—that are tough to take. That is when the mental aspect comes in. You just have to tell yourself to go for it. You can't just hope your opponent gives it to you.

“Looking ahead to next year, I know what I have to do.”