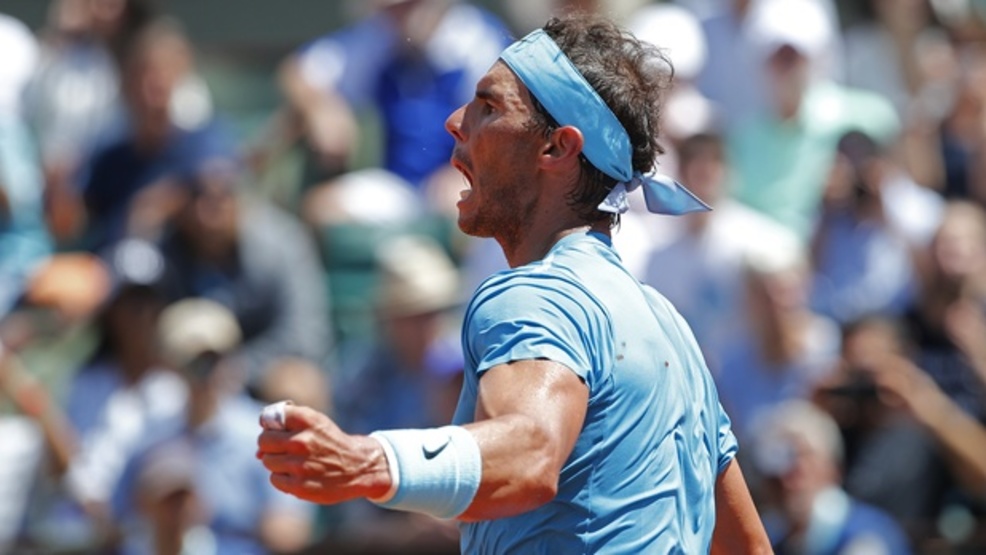 PARIS—Rafael Nadal’s loyal legion of fans from every corner of the globe had serious concerns after watching their man drift into precarious territory on Wednesday against Diego Schwartzman, the “Little Big Man” of tennis. Nadal’s 37-set winning streak at Roland Garros came to an end against the diminutive Argentine. The Spaniard was not competing on his terms. His opponent was controlling the tempo, keeping Nadal back on his heels and out of sorts, and making the inimitable left-hander look like a pale imitation of himself. There were ominous signs that Nadal was nowhere near where he wanted to be, with both his game and his mindset.

But what a difference a day can make. The Nadal-Schwartzman quarterfinal resumed on Thursday with Nadal having lost the opening set 6-4, but leading 5-3, 30-15 in the second set. There had been a rain delay yesterday with Schwartzman up a break at 3-2 in the second set, after which Nadal returned to the court, sedulously asserting his authority and changing the complexion of the match. He purposefully collected three games in a row and nearly closed out the set before rain postponed play overnight.

Given that reprieve, drawing on all of his big match experience, remembering who he was and what he has accomplished, today we saw once more the essential Nadal. We witnessed the sport’s all-time-best clay-court player back, much closer to his zenith. He rediscovered his spark. He no longer allowed Schwartzman to be the player who ruled the rallies. He found his range. His shots crackled. His incomparable forehand was on song. His serve—so vulnerable the day before—was delivered with much more impressive power and precision.

Add it all up, and under the circumstances there could have been no other result: Nadal surged past a resolute Schwartzman, 4-6, 6-3, 6-2, 6-2, and into the semifinals.

Remember this: the Spaniard is competing at Roland Garros for the 14th time. He is in full pursuit of an 11th crown on these hallowed grounds. And across all those years, through so many spirited campaigns, whenever he has reached the penultimate round at Roland Garros, Rafael Nadal has always gone on to win the tournament. He has lost only twice at the French Open, falling in the round of 16 against Robin Soderling in 2009 and bowing out against Novak Djokovic three years ago in the quarterfinals. His only other appearance when he did not win the title was in 2016, when an injury caused him to default his third-round match.

So the comeback against Schwartzman was uplifting for Nadal in a multitude ways. He had two primary problems on the first day of this encounter—an inability to get on top of the points and win them with punishing forehands, and a constant struggle on serve. Meanwhile, the highly charged Schwartzman was hitting out freely and hardly missing, particularly when it counted.

It is no wonder that Schwartzman is at the game’s leader in most statistical categories for the return of serve. He had Nadal confounded time and again at the outset with the unrelenting depth and accuracy of his returns. Nadal was in obvious discomfort. Thrice he was broken in an arduous first set. Serving for it at 5-4, Schwartzman had 40-15 before Nadal collected three straight points. On break point, however, Nadal faltered flagrantly off the backhand. The set went to the 5’7” competitor, lasting over an hour.

Nadal had both wrists taped at that juncture by the trainer, setting off alarm bells among his followers who well remember that a right wrist injury prevented him from defending his US Open title in 2014, and a left wrist issue was the reason he could not finish the tournament two years ago in Paris. But Nadal clarified today that the tape was used to help him deal with perspiration running down his arms and onto his hands in the unusually high humidity on court. Yet he lost his serve twice more on his way to the 3-2 second-set deficit. Nadal had been broken five times. It was shocking stuff.

But yesterday's first rain delay allowed Nadal to start playing his kind of tennis again. Today he took his game to another level, pounding forehands spectacularly once more, serving more persuasively, no longer allowing Schwartzman the luxury of dictating. Nadal quickly took two points in a row to claim the second set. That set the stage for the 32-year-old to start firing away without inhibition.

Nadal swiftly secured a 2-0 third set lead before Schwartzman held on from 0-30 in the third game. But the Spaniard was enjoying the sunshine in Court Philippe Chatrier, and the faster conditions suited him to the hilt. He took 12 of 15 points to reach 5-1. Serving for the set two games later, Nadal had to work hard, missing nine of 16 first serves. But his ground game did the damage as he closed out that chapter, 6-2.

These were two entirely different players now. Schwartzman was under siege from the redoubtable Nadal, and the Spaniard had sweepingly cast aside his inner doubts. Nadal secured five games in a row after dropping the opening game of the fourth set. He had a match point with Schwartzman serving in the seventh game, and a 40-15 lead with two more match points at 5-2. But, after four deuces, after Schwartzman fully displayed his commendable fighting spirit, Nadal walked away with the win.

In the first two sets, Nadal won only 47 percent and 55 percent of his first-serve points, respectively. But over the last two sets, he took 78 percent and 66 percent of them, respectively, to regain the initiative on his first delivery. Even more telling, Nadal produced only four winners in the first set and four more in the second, while Schwartzman unleashed 29 winners in that span. And yet, across the third and fourth sets, Nadal had 26 winners and Schwartzman notched only eight.

“I was a bit lucky yesterday because of the rain stop," Nadal admitted afterward. "I was able to stop, to think, to calm down and see things a bit more with clarity....Psychologically and for tennis, I had totally different feelings. I had more confidence.

This is not a man with a muddled mind. Nadal’s tactical acuity and intelligence is as extraordinary as his shotmaking skills. His capacity to think his way through difficult matches, to keep probing until he finds solutions, to consider any option, is second to none in this sport.

Now he takes on Juan Martin del Potro in an enticing semifinal on Friday. It could be a blockbuster, but del Potro knows full well that he will need to play the clay-court match of his life to even have a chance of toppling Nadal.