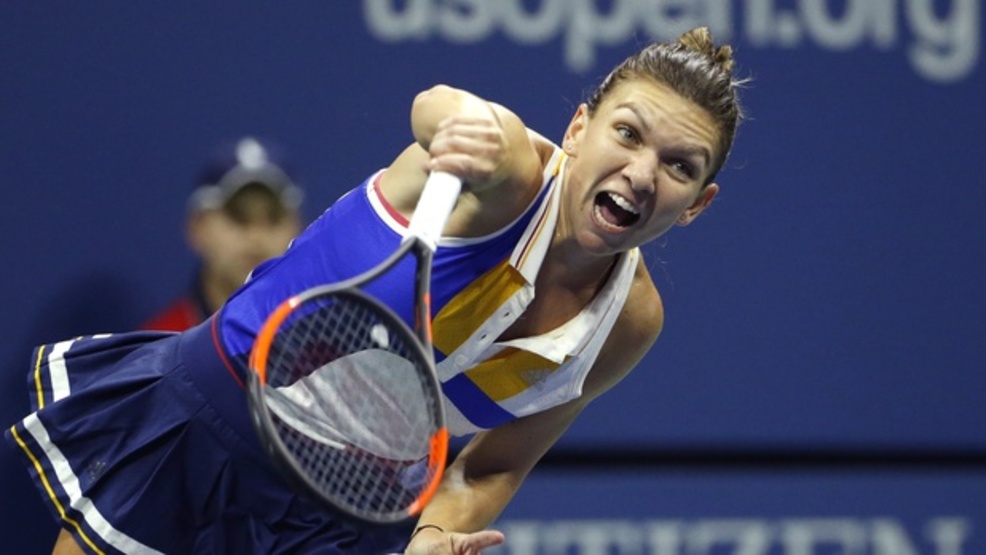 Now that world No. 1 Simona Halep has secured one of the Australian Open warm-up titles, at the Shenzhen Open in China, the familiar questions surround her once more:

—Can this industrious competitor who resides at No. 1 in the world fully validate her status with a triumph at a Grand Slam tournament?

—Will the Romanian find the inspiration to prevail when it really counts?

—Could 2018 be the year when she moves past her well-documented demons?

Halep will start answering those nagging questions over the coming fortnight in Melbourne, where she will have as good a chance as anybody to claim the first major of the new year. Her victory in Shenzhen gives her a couple of advantages heading into the Australian Open: it fuels her with confidence, and arms her with some crucial match play that will be helpful when she might be in the trenches during the early rounds.

Clearly, Halep will be well prepared for the Australian Open, eager to assert her authority and exploit her experience on the hard courts. She will be utterly determined to come away, at last, with a prestigious prize that every great player wants in their collection. Capturing the first Grand Slam title of the season would bring colossal relief to a woman who has been acutely aware for a long while that her most ardent admirers have been deeply disconcerted that she has not yet come through when it irrevocably matters. She does not want to let them down.

Even more so, Halep wants to live up to her own objectives. She carries some deep emotional scars that have lingered long after some of her most penetrating defeats. She has concluded the last four seasons stationed among the WTA Top 4, and in that stretch has had some clear opportunities to win on the big stages.

In 2014, she advanced to the quarterfinals at the Australian Open, but was upended by the sprightly Dominika Cibulkova. She then sparkled through the French Open fortnight, all the way into the final. Halep played an excellent match against Maria Sharapova. And yet, excellence was insufficient against a formidable adversary. The Russian was a three-set victor.

At Wimbledon, Halep demonstrated her all surface versatility, reaching the penultimate round before the Canadian Eugenie Bouchard outplayed her from the backcourt. She closed that season at the Grand Slam events with a third round loss at the US Open, but advancing to the quarterfinals or better in three of the four majors—and making it to her first final—was a sign of significant progress.

In 2015, despite rising from No. 3 in the world up to No. 2, she was marginally less successful at the majors. She was a quarterfinalist at the Australian Open once more, bowing out against the talented left-hander Ekaterina Makarova. After winning only one match in the next two majors, the No. 2 seed had a golden opportunity at the US Open, taking on No. 26 seed Flavia Pennetta in the semifinals, with Serena Williams meeting unseeded Roberta Vinci later in the day. Williams—overcome by nerves as she closed in on the first calendar-year Grand Slam since Steffi Graf in 1988—would suffer a startling loss to Vinci in three sets. Pennetta’s subsequent upset of Halep was buried in the day’s big news, but she faltered frequently from the baseline and was soundly beaten in that confrontation, much to her dismay.

On to 2016. Halep was ousted in the first round of the Australian Open, and lost in the round of 16 at Roland Garros. Nevertheless, she got to the quarterfinals at both Wimbledon and the US Open. Angelique Kerber—who would finish the year at No. 1 in the world after taking two majors—knocked Halep out of Wimbledon in a scintillating skirmish, 7-5, 7-6 (2). Halep competed honorably, but was outperformed by the enterprising German in a pair of hard-fought sets. In New York, Halep confronted Serena Williams in the quarterfinals, took a set, but was overpowered by the American in the end. She had endured another penetrating defeat.

Nevertheless, Halep approached 2017 with vigor. Her first-round defeat against Shelby Rogers in Melbourne stung badly. But then Halep got on a roll at Roland Garros, and survived a harrowing quarterfinal against the resourceful Elina Svitolina. Down a set and 5-1 against a top clay-court competitor, Halep rallied to win, 3-6, 7-6 (6) 6-0—saving a match point in the process. She won her semifinal over Karolina Pliskova, and seemed poised to succeed against Jelena Ostapenko in the final.

This was Halep’s second final-round appearance in Paris. She won the first set and built a 3-0 lead in the second set. She was very nearly on the cusp of a landmark victory, but thereafter Halep was almost a spectator at her own match. Blasting away freely off both wings, unleashing one stupendous winner after another and playing an unstoppable brand of unconscious tennis, Ostapenko struck back boldly to stun Halep, 4-6, 6-4, 6-3.

Nonetheless, despite that devastating setback, Halep moved into the quarterfinals of Wimbledon, and played with verve against Great Britain's Johanna Konta. But the big hitting Konta found her range, and Halep could not counter against her adversary’s aggression. Konta won this high-caliber contest in three spellbinding sets. Halep's habit of losing painfully close battles, despite playing magnificent tennis, continued.

Halep showed up in New York ready to make amends, but her first-round draw was daunting. She faced Sharapova under the lights in Arthur Ashe Stadium, played her heart out, but was beaten in three highly charged sets. Another season at the Grand Slam events was over, and Halep was found wanting again, despite throwing every fiber of her being into the proceedings.

So now Halep goes to Melbourne in search of an elusive prize. This will her her 27th major, and 2018 will be her fifth season as a serious singles contender. She is 26, a player of considerable experience, a competitor of the highest order, and an ambitious woman who has tried awfully hard to realize her full potential. There have been times when she has tried too hard, asked too much of herself, and badgered herself privately after setbacks that could have been prevented.

Like all top players, Halep is a perfectionist, and her own worst critic. That is why we have witnessed petulant behavior from her over the years, racquets tossed in disgust, frowns that reveal her insecurities, anger barely concealed. She has been working on that across the past year, but Halep will always be demonstrative, prone to negativity, subject to nerves and a person who wears her emotions openly and outwardly. That is who she is. This is how she operates. She is proud and uncompromising.

How does Halep turn things around in 2018? There are no easy answers. In many ways, she reminds me of Jelena Jankovic and Caroline Wozniacki, two players who rose to the top of the rankings, but have never taken major titles. Jankovic was No. 1 in the world in 2008. Wozniacki—who has been resurgent and just reached the final in Auckland to rise to No. 2—finished 2010 and 2011 at No. 1.

All three players have relied heavily on their defense. They have looked to be aggressive and to dictate whenever possible, but the bigger hitters have often thwarted them. They sometimes are not in full control of their destinies.

Conversely, Kerber—another magnificent defender and superb counter-attacker—was a bonafide No. 1 two years ago, when she won the Australian and U.S. Open titles. She deteriorated significantly in 2017 and is currently ranked No. 22, but the fact remains that Kerber demonstrated convincingly in 2016 that an outstanding defensive player who could "hit out" selectively can indeed claim the prizes of consequence. In my view, she will make her presence known again in 2018 and beyond. All through 2017, she talked herself into a lot of her worst predicaments.

Halep has done her share of that herself. Some of her psychological wounds are self inflicted. But the feeling grows that this year will be different. In 2018, perhaps in Australia, maybe at Roland Garros, or perhaps Flushing Meadows, come what may, she will realize a lifelong dream.