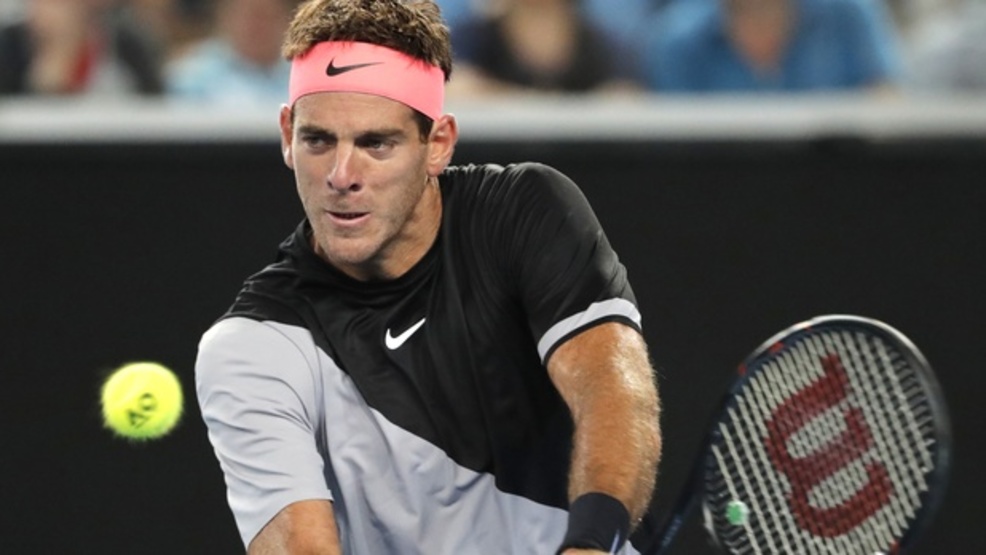 When Juan Martin Del Potro took the court for a first-round appointment against Frances Tiafoe at the Australian Open last night, tennis fans from every corner of the globe watched with interest. The 29-year-old Argentine had faced his 19-year-old American adversary only once, about 11 months ago in Acapulco, and Del Potro been stretched to his limits before moving safely across the finish line. The towering fan favorite prevailed in a final set tie-break in a battle featuring shotmaking of the highest order from both competitors.

Now these two appealing players were at it again, in a Grand Slam tournament, and the cognoscenti hoped that another hard fought and suspenseful encounter would unfold this time. They wanted to see the young Tiafoe step up and give the 2009 U.S. Open champion a stern test. They hoped that the veteran and the relative newcomer would push each other to the hilt, raise the stakes time and again, and make it a memorable evening for across the board. They believed the stage seemed set for a close contest.

But expectations did not match reality. Del Potro demonstrated emphatically why he is a genuine threat to win the season’s first major by picking Tiafoe apart methodically, playing top-of-the-line tennis from beginning to end, and coming away with a 6-3, 6-4, 6-3 triumph that was a product of his power, precision and professionalism. By no means did Tiafoe play badly. He was simply outclassed by the No. 12 seed, who just returned to the world’s Top 10 after an extended absence.

This was a first-class performance from Del Potro. He set the tempo throughout, looking largely invulnerable, imposing himself at every opportunity and making Tiafoe very uncomfortable. From the outset, del Potro knew precisely what he wanted to do, how he needed to proceed tactically, and the right way to execute a sound and sensible game plan. Tiafoe confronted his challenge forthrightly with unwavering pride, but realized he was up against a formidable rival who was ceding no ground.

After both players held to make it 1-1 in the first set, Tiafoe found a burst of inspiration. On the first point of the third game, he unleashed a sizzling forehand crosscourt winner on the 24th stroke of an absorbing backcourt exchange. At deuce, he connected with another searing forehand winner, this one released at 103 m.p.h. That gave the American a break point, but Del Potro produced a magnificent first serve out wide that stifled Tiafoe. The Argentinian held on from there before Tiafoe made it back to 2-2 with a love hold.

Now del Potro answered with a love hold of his own, releasing a pair of aces in the process and building a 3-2 lead. Serving at 30-30 in the sixth game, Tiafoe was coaxed into a forehand error on the stretch. On the following point, del Potro probed persistently until he lured Tiafoe into another forehand mistake under duress. That point lasted 27 strokes. Once more, del Potro was the better man in a prolonged exchange. He opened up a 4-2 lead.

The big man was finding his range. Boosted by an ace and two service winners, he held at 15 for 5-2. Tiafoe gamely held at 15, sending out three aces in a sparkling eighth game. It was time for del Potro to serve for the set. He fell behind 0-30, but swept four points in a row thereafter, starting with a trademark unanswerable inside out forehand, following with an ace, a service winner and another ace. That clutch stand sealed the set for del Potro, who took it 6-3.

Buoyed by being out in front, del Potro broke at love in the opening game of the second set, and soon served his way to a 2-0 lead. Undismayed, Tiafoe held at love in the third game after coming up with a pair of aces. Del Potro surged to 3-1 with ease and then had a break point in the fifth game. A determined Tiafoe refused to go down a double break. He saved the break point with a patented crackling forehand into the clear, holding on tenaciously for 2-3.

Del Potro moved to 4-2, holding at 30 before Tiafoe held on in the seventh game. When Tiafoe served at 3-5, he fought off a set point with an inventive forehand inside in winner, threading the needle from an improbable position. The American held on in that tense ninth game, forcing del Potro to serve for the set in the following game.

Tiafoe fully recognized that this was a pivotal moment in the match. He had to assert himself promptly and forcefully, or del Potro would be ahead two sets to love. Tiafoe lost the first point of that tenth game, but took the next three points with a backhand return winner, a backhand passing shot up the line, and a neatly executed forehand volley winner set up by an excellent approach. That cluster of superb points gave Tiafoe a 15-40 opening to get back on level ground at 5-5.

Yet his accomplished adversary was unswerving at this critical juncture of the match.

Del Potro walloped a forehand crosscourt to elicit an error from a harried Tiafoe. A 129 m.p.h. service winner directed wide to the backhand lifted the Argentine to deuce, but Tiafoe garnered a third break point, sending a dipping passing shot crosscourt to create an avenue for a forehand down the line passing shot winner. But del Potro dealt with this pressure moment commendably, clipping the baseline with a forehand to draw a miss-hit backhand from a frustrated Tiafoe. An impeccably located first serve set del Potro up for a forehand winner behind Tiafoe on the following point, and then del Potro closed out the set with a backhand slice that landed on edge of the baseline. Tiafoe challenged the ball, but to no avail. Set to del Potro, 6-4.

At 1-1 in the third set, Tiafoe fought ferociously to hold on, saving a break point with a forehand winner, closing out that game with an ace down the T. On to 2-1 went Tiafoe, but he would win only one more game. Del Potro got to 2-2 at the cost of only one point, and followed with a break at 30. His returns were so deep in that fifth game that Tiafoe was left in a state of disrepair. Del Potro held with an ace out wide for 4-2.

Tiafoe managed one more hold in the seventh game, but he had run out of resources. Del Potro held on for 5-3 before Tiafoe established a 30-0 lead in the ninth game. Del Potro proceeded to win four points in a row to complete a decisive, 6-3, 6-4, 6-3 triumph. He broke serve four times across the three sets, and did not lose his own delivery. Del Potro had 14 aces, poured in 71 percent of his first serves, and won no fewer than 84 percent of those points. Conversely, Tiafoe put only 51 percent of his first serves in play, and that was critical.

Tiafoe acquitted himself honorably in defeat, fighting hard, searching for solutions, never giving up. But he could not contain del Potro off the forehand, and the consistency of the Argentinian’s slice backhand was another telling factor. Above and beyond anything else, del Potro won this match with the power, placement and consistency of his first serve.

The road ahead for del Potro may be cluttered with rough opposition. His second-round opponent will be the enormously capable Karen Khachanov. In the third round, del Potro could find himself facing No. 19 seed Tomas Berdych. Should he survive those potential skirmishes, del Potro could well meet the industrious and enterprising David Goffin in the round of 16 for the right to take on Roger Federer in the quarterfinals.

That is a lot of hard work just to reach the penultimate round, but del Potro is more than capable of doing what needs to be done. He had a productive week in Auckland, reaching the final there. He is coming off a semifinal appearance in his last major event at the U.S. Open, when he ousted Federer before losing to Rafael Nadal. On current form, outside of Federer and Nadal, del Potro could be the next most likely to win this Australian Open.

Meanwhile, Tiafoe need not be ashamed by falling in the first round of another major. His draws have been unkind to say the least. Tiafoe lost to Federer in a five-set thriller at the US Open in the opening round four-and-a-half months ago. He is making inroads as a player. His forehand is versatile and explosive. His first serve is a serious weapon. He is quick, creative and energetic, a terrific athlete, and a competitor of remarkable emotional energy. Tiafoe is ranked No. 81 in the world at the moment but his time will come. I envision him climbing into the Top 50 by summer, and onward and upward from there.

Tiafoe had the misfortune to meet del Potro very close to the peak of his powers. He was given a thorough example of excellence by a great player. But the feeling grows that Tiafoe will keep improving, as an individual and an athlete. He has the right mentality to succeed in the long run. He turns 20 in a few days. His best tennis is well ahead of him, and of us.