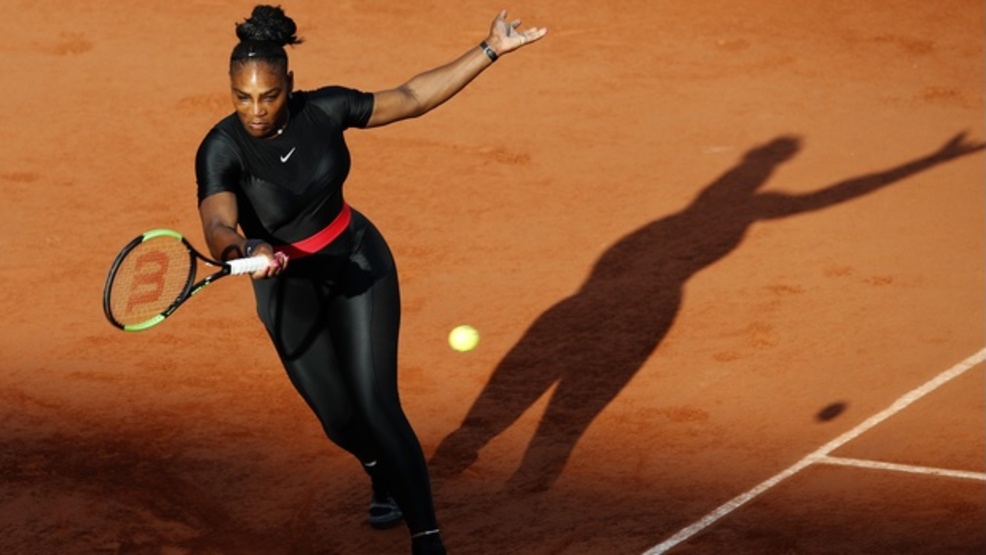 Steve Flink: What's Next for Serena Williams After Three Encouraging Wins on Clay?

Having just returned home from Roland Garros, I find myself marveling once more about the clay-court mastery of Rafael Nadal, and how admirably he conducted himself over the course of his eleventh triumphant fortnight in Paris. Meanwhile, in my mind’s eye, I see a beaming Simona Halep sitting in her press conference after a stirring comeback over Sloane Stephens in the final, and how relieved and vindicated she was by claiming a major title for the first time. The images of Nadal’s tears of joy during the presentation ceremony after the final, and Halep’s relief after finally succeeding when it counted, are frozen in my mind.

But another great player is front and center on my radar at the moment, because she performed surprisingly well in Paris and gave her followers reason for optimism before an injury forced her out of the tournament—just when it seemed she might be starting to peak. Serena Williams was piecing her game together match by match at Roland Garros, and her form after not competing since Miami in late March was better than she or we might have anticipated. Williams defeated the left-handed Kristyna Pliskova in the opening round 7-6 (4), 6-4, rallied from a set and a break down to oust the energetic Australian competitor Ashleigh Barty (the No. 17 seed) in the second round, and then played her best tennis of the tournament in a 6-3, 6-4 third-round victory over No. 11 seed Julia Goerges.

Everyone was eagerly anticipating a fourth-round showdown between Serena and her old and renowned rival Maria Sharapova. Although Williams has beaten Sharapova in 19 of 21 career head-to-head appointments—winning the last 18 in a row over the two-time Roland Garros champion—this contest figured to be hard fought, highly entertaining and very close. It was going to be a good barometer of where both women stand as they strive to return to the upper reaches of the sport.

And yet, much to the chagrin of so many observers, it never happened. Williams had been playing doubles with her sister Venus at Roland Garros, and the daily grind of competing in two events was clearly more than her body could tolerate. The sisters lost in the round of 16, falling 6-0 in the third set against the third-seeded partnership of Andreja Klepac and Maria Jose Martinez Sanchez. By the end of that battle, Serena had looked physically vulnerable and unable to serve at anything near full force. A day later, she withdrew from the singles.

The reason Serena pulled out of the tournament was a pectoral muscular issue. It will keep her out for a couple of weeks, thus hurting her Wimbledon preparation. It looks as if Williams will not be able to practice hard until the week before Wimbledon. That is less than ideal for a player who is sorely in need of matches.

Serena has played a total of only eight matches across three tournaments in all of 2018. She had been away from the game for more than 13 months after claiming her 23rd major singles title at the Australian Open in 2017. After giving birth to her daughter, Alexis Olympia, on September 1, 2017, Williams did not return to competitive play until Indian Wells this past March—and got through a couple of matches there before losing to Venus in the round of 16. On she went to Miami in search of more victories, but they did not come. Naomi Osaka knocked her out decisively in the first round, and, for a variety of reasons, Serena stayed away from the circuit until Roland Garros.

So where does Serena go from here? My guess is that she will make her presence known at Wimbledon, despite her recent difficulties. Williams is by large consensus the greatest women's server in the history of the game. The grass courts at the All England Club suit her to the hilt. She has won the tournament seven times; the only other major she has won that often is the Australian Open.

As soon as she walks onto the grass in Great Britain at the shrine of the sport in the next few weeks, those steps alone will surely inspire Williams and make her exhilarated about the prospects for another successful campaign. But she can’t afford to get ahead of herself. Motherhood has become the central role in her life, yet her profession is something she still values highly. And undoubtedly, her sense of history, and the chance to break Margaret Court’s record of capturing 24 Grand Slam singles titles, will be in the forefront of Serena’s mind.

In the Open Era, the standout mothers to secure major titles are Court (who won three majors in 1973 following the birth of her first child), Evonne Goolagong Cawley in 1980 at Wimbledon, and the effervescent Kim Clijsters. The Belgian collected three of her four major singles titles—including two US Opens—from 2009-2011 as a mother.

Surely, Williams is now driven by very powerful private engine to join that group. She would put such a triumph in a new and more meaningful category. Being a parent is all-consuming for Williams, which makes her task to succeed again on a prominent stage that much tougher to achieve. In my view, she will realize that dream sooner or later, but I am skeptical about her chances to win Wimbledon next month. I don’t believe she will be ready then to sweep seven matches over the fortnight on the lawns in London.

But, if she can go deep into a couple of hard-court tournaments across the summer and avoid additional injuries, and as long as she can gradually rebuild her confidence and psyche, then Williams will be a serious contender for the last Grand Slam championship of the 2018 season, the US Open. She could well win it.