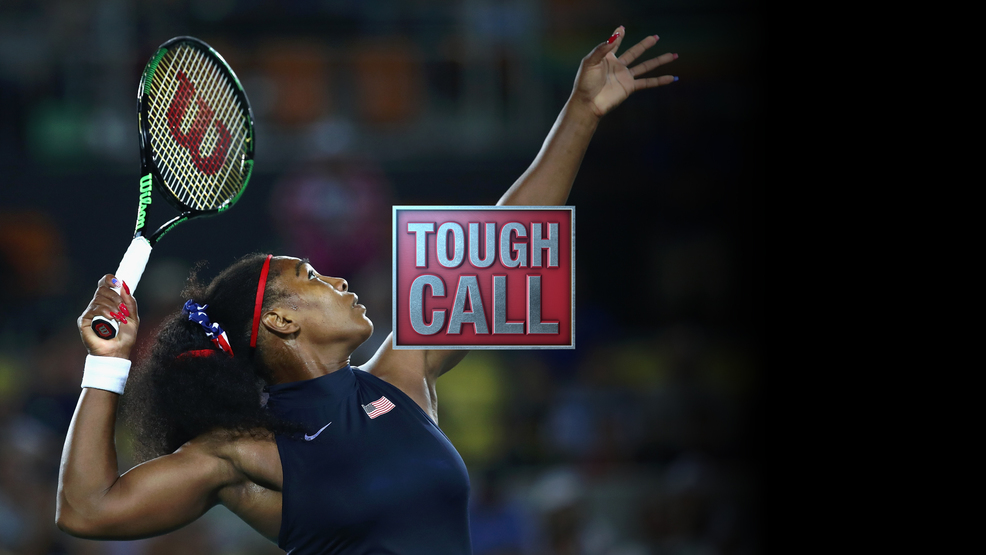 Here is this week's edition of Tough Call. Will Serena Williams play the 2020 Olympics?

~ She loves the Olympics: Serena has won four gold medals - one in singles and three in doubles - tying her with Venus for most gold medals in tennis in Olympic history.

~ Venus has been talking about Tokyo: Over the last few years Venus has said she plans to play in Tokyo, and a fourth doubles gold medal has to be a huge motivation for Serena.

~ She may have done it all by then: Serena is only two Majors away from setting a new all-time record for most Majors, and there are 10 Majors between now and Tokyo

~ Her career focus might change: Serena might decide to focus even more on the Grand Slams now - whether that’s because she’s a travelling mom now or just to prevent injury.

~ Injury: She’s been very healthy the last six years, but over the course of her career Serena’s struggled with injury. She played with a shoulder injury at the last Olympics

ED MCGROGAN: No
NO: The 2020 Olympics are a convenient milepost, and Serena's decision to play Fed Cup could suggest that she wants another shot at gold. But after a year away from competition and with a new family, I don't think the 36-year-old is thinking that far ahead. If Serena is to supplant Margaret Court's record of 24 Grand Slam singles titles, it would likely happen before 2020—at which point I could see a retirement celebration unlike any other taking place.

STEVE FLINK: Yes
I believe Serena Williams will participate in the 2020 Olympics. She will be approaching the age of 39 and will realize it is her last chance—at least in singles—to be a serious factor at an Olympic Games. That will significantly motivate Williams to be there in 2020.

ASHLEY NDEBELE: No
As much as Serena enjoys competing in the Olympics, I highly doubt she will be part of the 2020 Team USA. Because she's two Slams shy of passing Margaret Court's record 24 Slams, and there's a strong chance she will achieve this feat by end of 2019, my guess is she will hang her racquet before the Olympics come around.

ZACH COHEN: Yes
I think Serena will be out there in 2020. While she could have the Grand Slam record to herself by then, I think she'll want to play in Tokyo. That is likely her last chance to play any meaningful tennis for the United State, which I think means quite a bit to her.

NINA PANTIC: Yes
Serena will be fresh from a lengthy time away, and she will be as motivated as ever to keep plugging away at her Grand Slam haul. Perhaps having Federer breathing down her neck with major No. 20 may help her—or at the very least she’s been watching someone (slightly) older than her still dominate the game. Tokyo 2020 feels far away, but it’s only two years, and she’ll want to put the memory of Rio far behind her.