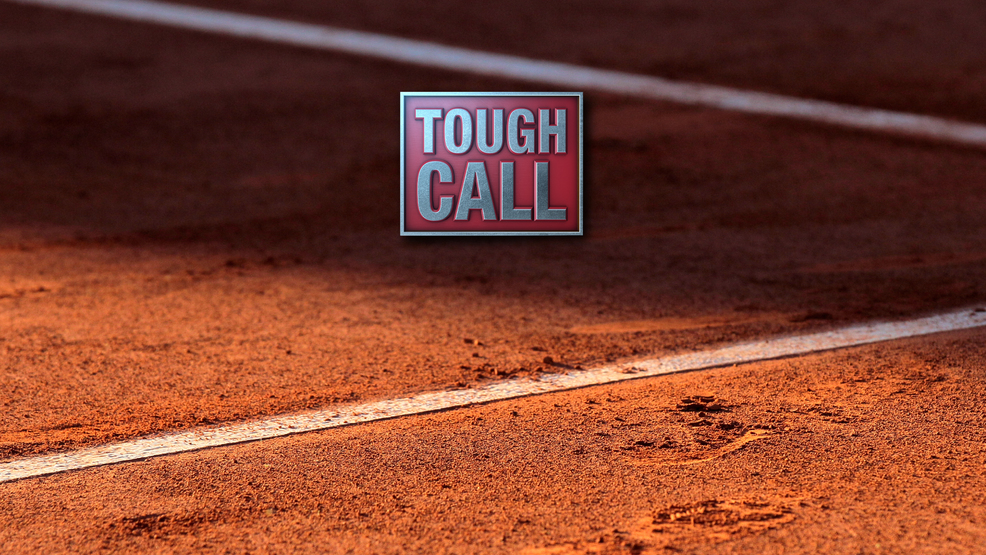 Tough Call: Is Madrid and Rome the Toughest Double to Win?

Here is this week's edition of Tough Call. Which ATP 1000 double Is the toughest? Is it Indian Wells/Miami, Madrid/Rome, or Canada/Cincinnati?

~ It’s two Masters 1000s in two weeks: Madrid/Rome is one of only two pairs of Masters 1000 events that are held in two back-to-back weeks (also Canada/Cincinnati).

~ It’s the only Masters 1000 double on clay: Two straight weeks of long, grueling clay court rallies may be tougher than the two weeks of shorter rallies in Canada/Cincinnati.

~ The altitude change: Madrid and Rome are both clay court events but Madrid is held in much higher altitude than Rome (so the ball moves much faster in Madrid than in Rome).

~ Indian Wells/Miami have bigger draws: Yes they’re each held over two weeks, but to win Indian Wells or Miami you might have to win seven matches (six if you get a bye). Meanwhile, Madrid/Rome and Canada/Cincinnati are maximum six (five with a bye).

~ Indian Wells/Miami has a significant time zone change: If you’ve won Indian Wells, you have to move ahead three hours within days before getting started again in Miami.

JOEL DRUCKER: YES
Yes, largely due to everything from the shift in altitude, to the exceptional rigor of clay, to the need to find the best possible form—and stay healthy—as Roland Garros nears. The Sunshine Double is its own two-headed monster, but it ends in Miami, not Paris. The North American summer sequence leads to New York, but the mix of those tournaments occurring well into the tennis year, and the seamlessness of competing on uniform hard courts, slightly eases the challenge. But consider the twin poles of Madrid and Rome: different altitudes and even nuances in clay, all in preparation for the most physically demanding tournament of them all. That’s quite a steep climb. Reach at least the quarters of those two Roland Garros lead-up events and you’re likely quite clay-baked.

ZACH COHEN: YES
It's well-documented that even Rafael Nadal has had his struggles winning these two tournament back to back, and he's by far the best clay-court player ever. The clay surface is just extremely taxing on the body, which makes it hard to play your best tennis two weeks in a row.

NINA PANTIC: NO
Though the clay courts of Madrid and Rome are more grueling, the fields at Indian Wells and Miami tend to deeper, not to mention significantly bigger. Players prioritize the U.S. hardcourt swing, while many are prone to pulling out of Madrid or Rome to ensure their best health for Roland Garros. There’s also the added environmental challenges of Indian Wells and Miami, particularly making the switch from dry desert heat to humid tropical heat.

ED MCGROGAN: NO
For years, I thought Indian Wells and Miami was the most difficult double—for seeded players, both tournaments require six victories to win the title. But the extended schedule at these events affords players more rest than other Masters events, and completing the “Sunshine Double” hasn't been a rarity: it's been done seven times since 2005 on the ATP tour, and twice on the WTA. If the Williams sisters had been playing Indian Wells each year, I’m sure that WTA number would be greater.

The Madrid-Rome double may be the toughest to achieve at the moment—even Rafa has done it twice—but I’m going with Canada-Cincinnati overall. It comes after a rigorous stretch of summer tennis in Europe, with Canada typically the first tournament top players play after Wimbledon. There’s an inherent adjustment period, and the fast hard courts and energy-sapping temperatures at both events can lead to some unusual results. It’s only been achieved four times on the ATP tour, and just once since 2004—not by Federer or Djokovic, but by Nadal.

ASHLEY NDEBELE: NO
While all three have their own challenges, I would say it’s the Canada and Cincinnati double that is the most difficult to achieve mainly because by the time it comes around in August, the players are a little spent. The 11-month tour schedule that kicks off in January is very demanding, and so to expect to win back-to-back Masters later in the year--in two weeks—is a tall order that only Andre Agassi, Andy Roddick, Patrick Rafter, and Nadal have achieved.

STEVE FLINK: NO
This might be the toughest call yet. With Indian Wells and Miami, there is more time for the champion to recover from winning in California. The player who rules at Indian Wells on a Sunday afternoon will not play in Miami until six days later. They have time to recover, but it is still very difficult to get it done. Madrid and Rome is back to back weeks on clay, and the Madrid victor only gets two days off before going back to work. That is a formidable physical feat. But I believe the toughest double might well be Canada and Cincinnati. That is usually ten matches over twelve or thirteen days in the peak of summer. I vote for that double as the most demanding of all. Competing on hard courts two weeks in a row against stellar fields at that time of the year is enormously demanding.