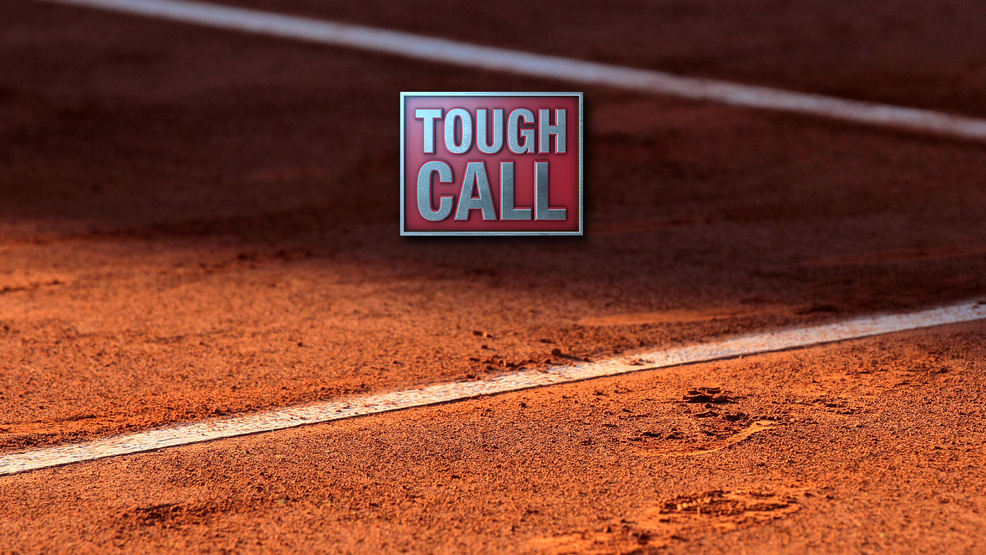 Tough Call: Should HawkEye Be Used on Clay?

Here is this week's edition of Tough Call. Should HawkEye be used on clay?

Reasons Clay Courts Should Use HawkEye:

- HawkEye is used on all other surfaces, so why not standardize it for all surfaces.

- The marks are generally enough to make an accurate line call.

- The cost of adding HawkyEye to all clay court tournaments isn't worth the very small benefit of settling the very rare disputed line call on the surface.

JOEL DRUCKER: YES
HawkEye technology has greatly aided the sport in many ways on all other surfaces, for players and fans alike. So in the interest of consistency, credibility and engagement, why not apply the same approach to clay?

STEVE TIGNOR: YES
The move would be risky—if ball marks don't align with HawkEye's rulings, it could undermine trust in the replay system on other surfaces. And it might not be more accurate—Hawkeye has a margin for error, and a mark, at least theoretically, doesn't. But it would eliminate the subjectivity inherent in a chair umpire having to find, choose, and interpret an often-difficult-to-see mark.

ED MCGROGAN: YES
There is no use overthinking this one. It takes longer for a chair umpire to descend from the seat to the court, inspect the mark—if it's even the right one—and make when is often a judgment call that leads to discontent. Meanwhile, umpires, players—and fans—have accepted HawkEye's verdicts on hard and grass courts for years. There's no reason for clay to hold out; the sooner that is changed, the sooner we can all get on with the game itself.

ZACH COHEN: NO
HawkEye has definitely been a good addition to the tour, but I just do not want to see it on clay. There's something about spotting the ball in that dirt that just feels like tradition, and I think the ITF has done enough to impact the game this year already. Let the clay-court officiating stay the way it is—a beautiful mess.

ASHLEY NDEBELE: YES
Tennis players are easily prone to negative thinking during matches, especially when things are not going in their favor. HawkEye is one of the tangible elements that affords a player closure after a challenge. On clay, where players have to rely on chair umpires to make tough calls, it can be very frustrating, since in some cases umpires don’t see the same impressions that the players see.

STEVE FLINK: YES
I have long believed HawkEye should be used at clay-court tournaments. It is true that ball marks make it easier to determine if a shot is in or out, but we have seen on telecasts instances when umpires have overruled incorrectly on clay, and when linesmen have been wrong. I am totally in favor of HawkEye on clay. Players should have the opportunity to challenge on that surface, just as they do on all of the others. I simply don’t understand the argument against it.

NINA PANTIC: YES
As the past few weeks have proved, it’s possible to make mistakes calling lines on clay, especially when multiple ball marks crowd a small area. Stray dirt covers the lines often and it’s hard to see a 100+ mph shot on any surface. A universal HawkEye system in place all year long would help players be even more comfortable with using it and with working with umpires.