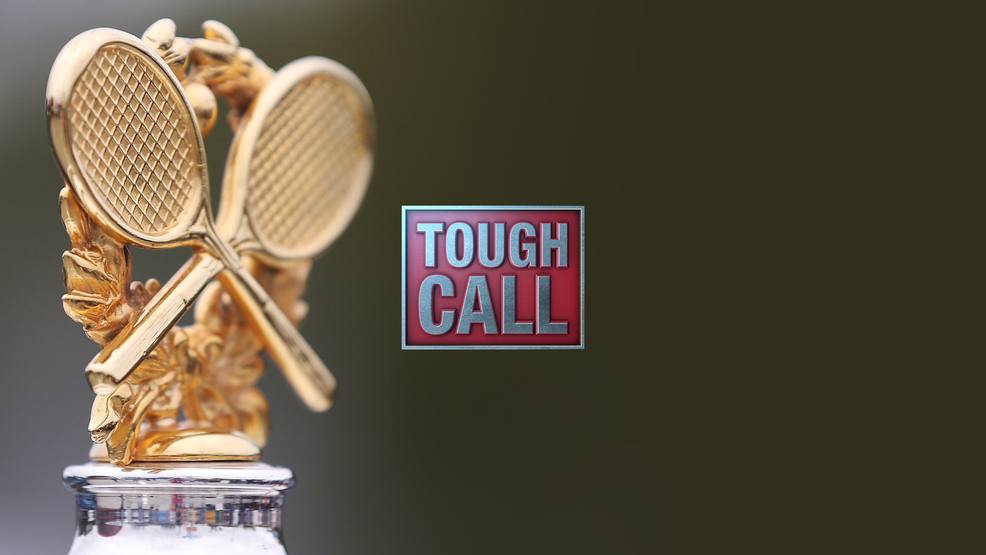 Tough Call: Will There Be a First-Time Men’s Grand Slam Winner in 2018?

Here is this week's edition of Tough Call. Will there be a first-time Men’s Grand Slam Champion in 2018?

~ A number of the current Grand Slam champions come into 2018 with baggage - Nadal, Wawrinka and Murray all ended their 2017 seasons with injury (and Murray likely won't be back until the grass court season after having hip surgery).

~ Three of the Top 5 players in the world at the moment - No.3 Dimitrov, No.4 Zverev and No.5 Thiem - all seem on the verge of their first major, and they’re all coming off breakthrough 2017 seasons, most notably Dimitrov, who won the biggest tournament outside the Grand Slams just two months ago (the season-ending ATP Finals).

~ The onslaught from the new generation doesn’t stop there - World No.7 Goffin, American No.1 Sock and Brisbane winner Kyrgios are all hungry for a first major too.

~ Murray may not be playing right now but the rest of the Big Four are, and between them, Nadal, Federer and Djokovic have won 43 of the last 51 Grand Slams.

~ Nadal and Federer in particular have been pretty unstoppable lately - not only did they sweep all four majors last year, they won five of the nine Masters 1000s and are a dominant No.1 and No.2.

NINA PANTIC: Yes
Everyone expected Murray, Djokovic and Wawrinka to burst back onto the scene after six months off, but that just hasn’t been the case. Instead, withdrawals and injuries are running amok—even Rafael Nadal isn’t immune. While it’s disappointing for those big names and their fans, it’s an exciting time for the young stars and sleeping giants of the tour (like Zverev and Dimitrov, for example).

ZACH COHEN: Yes
Federer and Nadal are obviously still playing at a high level, but they are also a bit fragile. Federer’s back pain can creep up at any moment and Nadal is still dealing with knee problems. Djokovic and Wawrinka might be returning to the tour, but they aren’t at 100% just yet. The time is now for Zverev and Dimitrov to strike, and I think one of them will do it.

STEVE FLINK: Yes
I believe we will indeed have a first time champion this year at the Grand Slam events. Roger Federer should win the Australian Open. He is an almost overwhelming favorite in Melbourne. If he stumbles, however, someone could have a breakthrough there. Rafael Nadal will be the man to beat once more at Roland Garros. Federer will be the favorite to win Wimbledon again. The U.S. Open will be wide open. Nick Kyrgios, Grigor Dimitrov, Sascha Zverev and David Goffin are all capable of winning a major this year. At least one of them will.

ED MCGROGAN: Yes
With Djokovic's health uncertain and Murray out indefinitely, the 36-year-old Federer and an ailing Nadal can only hold back the tour's talented younger set for so long. Still, I think there's only two players who have a good chance to break through this year: Alexander Zverev, whose all-surface assault will someday garner him a major, and Nick Kyrgios, he of the fiery forehand, serve and tongue—who I think will win Wimbledon.

STEVE TIGNOR: No
I'd love to think that Grigor Dimitrov, Nick Kyrgios, Sascha Zverev or even an old-timer like Tomas Berdych could make a breakthrough. But with Roger Federer coming in as the favorite at the Australian Open and likely Wimbledon; Rafael Nadal going for his 11th title at Roland Garros; and Novak Djokovic and Stan Wawrinka presumably returning to the tour with something to prove, the odds are still in the Big 5's favor.

ASHLEY NDEBELE: Yes
I think it's safe to say that two of this year's Grand Slam trophies are already spoken for as Federer will most likely defend his Australian Open title successfully and Nadal will once again go on a clay-court tear and claim his 11th Roland Garros trophy. It's too early to tell how Djokovic, Murray, and Wawrinka will perform when they return to the tour circuit, but I think there's a strong chance Dimitrov, A. Zverev, Querrey, or Goffin will snag at least one of the two Slams.