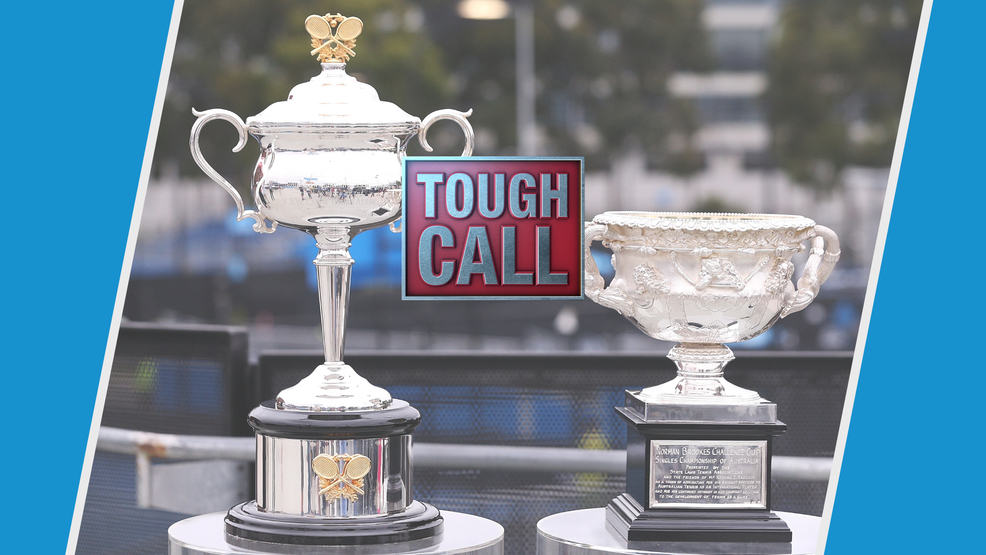 Tough Call: Will We See a First-Time Women's Major Champion at the Australian Open?

Here is this week's edition of Tough Call. Will We See a First-Time Women's Major Champion at the Australian Open?

~ There are only four Grand Slam champions left in the draw - Sharapova, Kerber, Muguruza and Ostapenko - and we’re still just midway through the second round.

~ Three of those Grand Slam champions - Sharapova, Kerber and Muguruza - are all in the same section of the draw (only one of them can make the quarterfinals!)

~ There are a number of players hungrier than ever for their first major, including three of the five players who’ve reached No.1 without a major (Halep, Wozniacki and Pliskova) as well as Svitolina, who won the biggest lead-up title in Brisbane two weeks ago.

~ Kerber has been on absolute fire so far this year, winning all 10 matches she’s played until now - four at Hopman Cup, five to win Sydney and one so far here. She’s also a former champion here, winning her first Grand Slam title at the 2016 Australian Open.

~ Sharapova hasn’t won a major since 2014, but Kerber, Muguruza and Ostapenko have combined to win five of the last eight majors, a stretch that goes back to the start of 2016.

NINA PANTIC: Yes
It will be a first-time champion. The Australian Open is always full of unexpected twists and turns, and it’ll be more so this fortnight with so few past champions in the draw. For the past three Slams, the trophy has been up for grabs with no clear-cut favorites (ie. No Serena Williams). The same situation still stands for the next week-and-a-half. Wozniacki, Svitolina, Halep and Keys all have the ability to go home with the winner’s check.

STEVE FLINK: Yes
Of the four women who remain in the draw who have won majors before, Kerber has the best chance to win this first Grand Slam tournament of 2018. She is playing like she did in 2016, when she was in the finals of three Grand Slam championships and was victorious in two. But I believe we will see a breakthrough for someone else in the field.

ED MCGROGAN: Yes
I could be talked into Ostapenko, Kerber, Sharapova or Muguruza winning another Slam, but a maiden major champion is more likely. The sheer number of uber-talented yet Slam-less players in the draw—Pliskova, Svitolina and Halep, to name three—is staggering. Though I don't think any of them will win the title, either. I'm going with Madison Keys, who survived Day 1's American carnage, and will go on to survive an Australian fortnight.

ASHLEY NDEBELE: Yes
The way Kerber is playing, it looks like she's found her groove back. Is that enough to get her to the finish line? I'm not fully convinced. I think we'll see a first-timer such as Halep, Svitolina, or Wozniacki. However, I'm now putting all my chips on Wozniacki, despite barely surviving her second-round match.

ZACH COHEN: Yes
outnumbered by elite players that are knocking on the door. Also, my pick to win the entire tournament was Caroline Wozniacki before it started. I’m not going back on it now, especially after seeing how she fought back in her win over Jana Fett.

STEVE TIGNOR: Yes
I think Muguruza, Kerber, and Sharapova all have a plausible chance, but they don't seem like bigger favorites than, say, Svitolina, Pliskova, Halep, Wozniacki, or Keys. And that doesn't include the rest of the field; as we saw at the Slams last year, there's a better than average chance that the winner will turn out to be someone we're not even talking about yet.