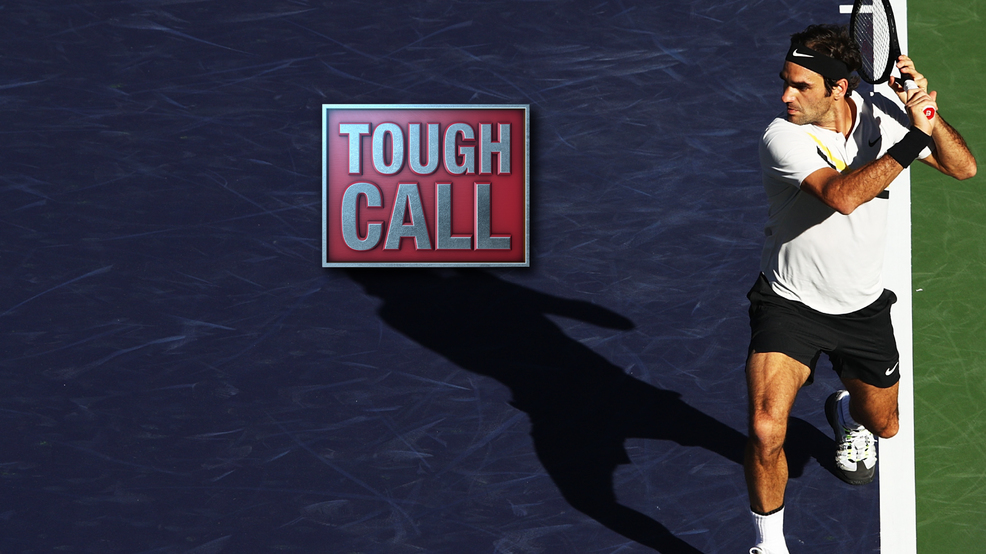 Tough Call: With so Many Injured Stars on the ATP Tour, Should Federer Play Roland Garros?

Here is this week's edition of Tough Call. With so many injured stars on the ATP Tour, should Roger Federer play Roland Garros 2018?

~ He wants Majors: Getting back to No. 1 has been a bonus for Federer, who’s openly stated he’s focusing on winning Majors at this stage of his career - so why skip one?

~ Recovery: The clay court season is arguably the most grueling stretch of the year, and after so much winning already this year, the 36-year-old Federer might need to recharge.

~ Roland Garros is his least successful Grand Slam: Of his record 20 career Grand Slam titles, only one of them came in Paris. Why not sit it out and save himself for the others?

ZACH COHEN: YES
I strongly believe Federer should play Roland Garros this year. As he continues to get up there in age, how many more chances will he have to compete at a high level at the French Open? Is he really ready to walk away from the event? Hopefully not. Plus, he has as good a chance as anyone to win with Nadal hurt. And there's this: why not go for the calendar-year Grand Slam? If healthy, Federer would have a good chance to win both Wimbledon and the US Open. It's not out of the realm of possibility that he can pull off the feat.

STEVE TIGNOR: NO
As tempting as it may be to try to sneak in a second French Open title, or to take one last crack at beating Nadal in Paris, why go away from what worked so well last year? You can't just parachute in on Roland Garros; it takes weeks of preparation on clay, preparation that might not be what his nearly-37-year-old body needs.

NINA PANTIC: YES
Federer should give a second career Roland Garros crown a real shot this season. If he continues to manage his schedule well, he could play just one clay warm-up ahead of Paris and be in great shape. If the ATP injury setbacks continue, Federer will be even more confident about his chances. He's been open about his goal for 100 career titles, but surely a win over Nadal in Paris is also high on his to-do list.

STEVE FLINK:
Federer wisely skipped the entire clay-court circuit—including the French Open— in 2017, and that was one of the keys to his triumph at Wimbledon. He would be a strong contender at Roland Garros this year, but why risk a knee or back injury competing in varying weather conditions— including damp days—on the Parisian clay? He is much better off staying away from the dirt again, resting and training during that time, and then playing two grass-court tournaments on his way to Wimbledon. I would be surprised if he did not exercise that option. He would do himself a disservice if he based his decision on the fact that so many players are facing injuries at this time. He has to worry about what is best for himself, and ignore the plight of other competitors.

ED MCGROGAN: YES
There is a chance, albeit a small one, that none of the Big Four play in Paris. So I hope, for the sake of the sport, that this most marquee name adds some star power to a potentially uninspiring field. Injuries have decimated the ATP this season, and Federer has taken full advantage. With a potential French Open title, a Roland Garros rematch with Rafa, for the taking, I hope Federer's motivations compel him to play on clay.

ASHLEY NDEBELE: NO
Nadal, Wawrinka, and Murray are missing in Indian Wells, and will most likely miss Miami Open. However, by the time Roland Garros and Wimbledon come around, these Slam winners (including Djokovic, who had an early exit in Indian Wells) will be ready to contend. If Federer wants to defend his Wimbledon crown and win more trophies this season, he should follow the formula he used last year and use that time to prep for the grass-court season, where he’ll likely have a stiffer competition than last year.